Hart Quits Hollywood To Nurse Mum Back To Health 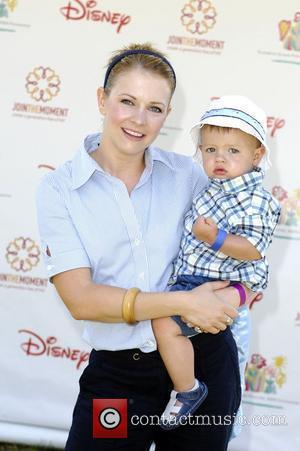 Actress Melissa Joan Hart has relocated to Connecticut, so she can look after her ailing mum.
The former Sabrina, the Teenage Witch star’s mother, Paula, underwent an intense eight-hour surgery on a brain tumour in June (09), and now Hart has put her life on hold to nurse her mum back to health.
And she's taken rocker husband Mark Wilkerson and their kids with her.
She says, "We moved 3,000 miles away; we left behind our house and our friends. It’s very hard. But it’s for my mom."
As well as putting her career on hold, the actress is also struggling to keep her weight down after famously slimming to become a magazine cover girl earlier this summer (09).
She tells In Touch, "It’s hard because I’m stressed out with the move and everything and eating a lot of travelling food - Starbucks breakfasts, that kind of thing.
"I have to find a new program here (in Connecticut) and fit it in my schedule, and just watch what I eat until I can get to the gym. It’s difficult, but I did it before and I can do it again!"