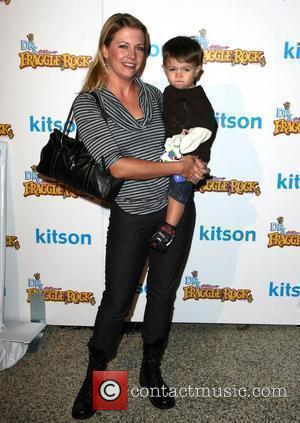 Fallen U.S. TV regulars Melissa Joan Hart and Joey Lawrence are heading back to the small screen as the stars of a new sitcom.
The Sabrina The Teenage Witch actress and Blossom's Lawrence will team up for new show, Melissa & Joey, which has already been declared a hit by ABC network bosses before its debut later this year (10).
The two stars share much in common, apart from the fact they both starred in TV hits - they competed on Dancing with the Stars and appeared as a TV couple in record-breaking 2009 television movie My Fake Fiance.
The new sitcom, which revolves around a woman (Hart) who hires a male nanny (Lawrence) to help her take care of her incarcerated sister's kids, was written for the pair.