'Worlds Finest' join the two young heroes together for the first time.

Sure, 'Batman v Superman: Dawn of Justice' had a massive weekend opening, but that didn't stop critics from lambasting everything about it. Fortunately, the DC world has redeemed itself with a more critically approved crossover on the small screen as The CW's The Flash and CBS' Supergirl team up on the latter show episode 'Worlds Finest'.

Critics seem to much prefer this pairing to Zack Snyder's blockbuster and for good reason. It saw Kara Danvers (Melissa Benoist) meet a new ally in the shape of Barry Allen or The Flash (Grant Gustin) on the first season episode of 'Supergirl' entitled 'Worlds Finest', which aired yesterday (March 28th 2016) crossing over both super-universes and cable networks.

The Flash sees himself transported to this new alternate universe with no idea how to get home; though he doesn't exactly seem too worried about his predicament. Instead, he presents Kara with ice cream within minutes and isn't too offended by Kara's jovial tease of his superhero name: 'The Flash? Sounds like someone who's only superpower is jumping out of an alley in a trench coat.' 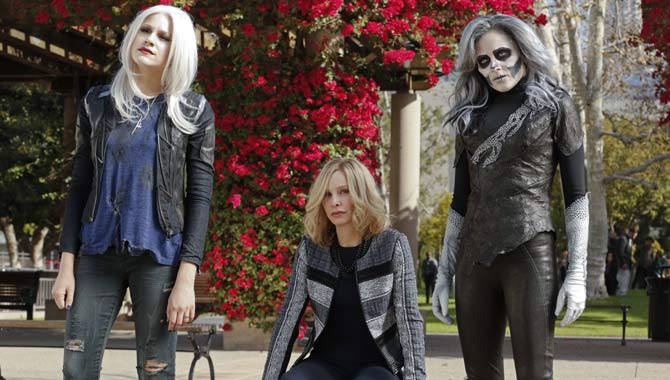 Together the pair join together to defeat Silver Banshee (Italia Ricci) and Livewire (Brit Morgan) before working out a way to get Flash back to his own world from National City. There has been a suggestion that some sort of crossover might ensue since Supergirl began, but executive producer Andrew Kreisberg told Deadline that it's only now they've managed to make the idea work after The Flash's run-ins with Earth-2 in the second season of The CW show.

'We really made the idea of the multiverse work on Flash this season, and the audience really accepted that there could be multiple Earths that vibrate in different frequencies', he explained. 'It helped explain the idea that Supergirl and Flash could exist in the same universe. It also explains how on The Flash show why no one has ever brought up the fact that there's Superman in Metropolis. So the idea that this Supergirl series takes place on an alternate Earth that's just like ours sort of gave us license to blend the two shows creatively without feeling like we've jumped a shark in some way.'