Melissa Benoist and Blake Jenner are married! The former ‘Glee’ co-stars married in March after dating for three years.

Melissa Benoist and Blake Jenner are married! The wedding ceremony reportedly took place a number of months ago but multiple sources close to the couple have only just confirmed the news. 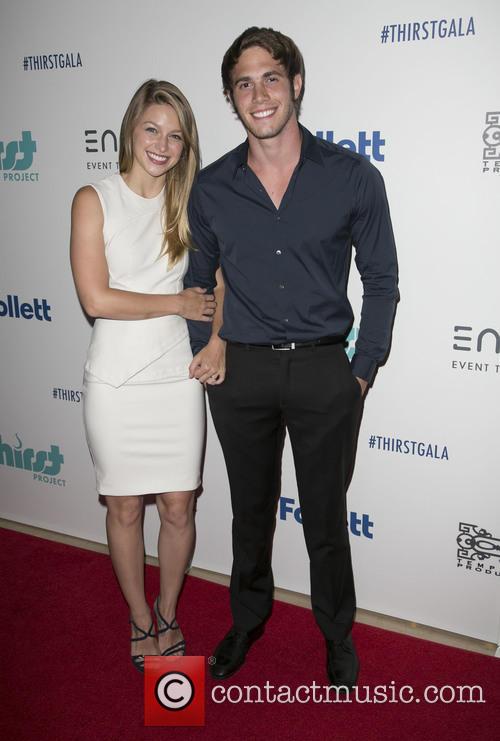 Benoist, who currently stars in CBS’ new series Supergirl, and Jenner wed in March. The wedding took place shortly after the first series of Supergirl had wrapped. According to sources speaking to Us Weekly, the ceremony was small and only attended by the two actors’ immediate families. Their decision to have a small marriage appears to have been their plan from the onset, as they wanted a “small and intimate and nice” ceremony (via E!).

The couple headed to Europe, including visiting Rome, for their honeymoon soon after the wedding.

Both have been seen wearing wedding bands over the past few months. Jenner has been spotted wearing his from April onwards but we only noticed Benoist wearing hers whilst at San Diego’s Comic-Con last week.

Whilst at Comic-Con, Benoist reportedly told multiple people who asked about her engagement that her wedding had already taken place.

26-year-old Benoist and 22-year-old Jenner have been dating since 2012, after meeting on the set of Glee. Benoist starred as the underappreciated singer Marley Rose and Jenner played Ryder Lynn. Their engagement was announced in July 2013.

Their marriage appears to have been somewhat delayed as both were extremely focussed on their careers.

"We're just excited that it's happening," the couple told E! shortly after their engagement was announced. "We're just focusing on work right now so whenever that happens…"