Melanie Griffiths and Antonio Banderas are divorcing after 18 seemingly happy years together. The couple's separation was uncovered by a US entertainment website on Friday (6th June).

Cue the unpleasant tattoo removal! Melanie Griffiths and Antonio Banderas are divorcing and Griffith's heart tattoo of Antonio's name will certainly need to go. Just remember the unfortunate Winona Rider-Johnny Depp 'Wino Forever' debacle. But, besides Griffiths' lack of foresight, why are the couple separating? 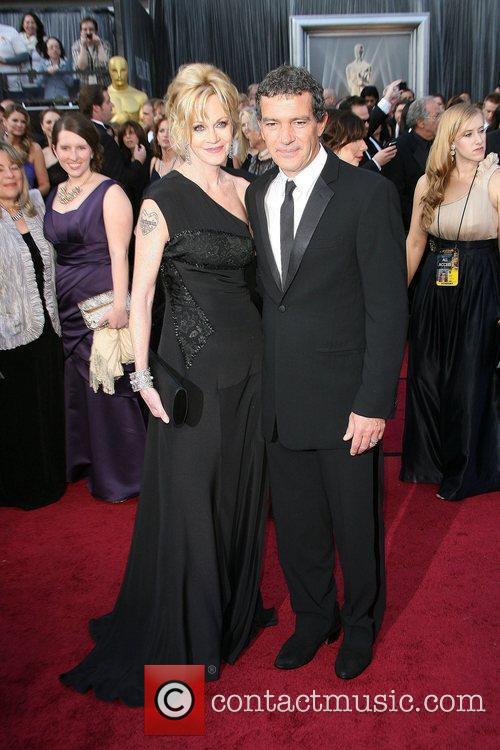 Melanie Griffiths and Antonio Banderas are divorcing after 18 years of marriage.

Sources speaking to TMZ, who first broke the news, claim the divorce is amicable. However, Griffiths filed the paperwork and the documents cite irreconcilable differences as the reason for their separation. The 56-year-old actress is also asking for spousal support and joint custody of their daughter Stella. Fortunately, should proceedings take a turn for the worst, custody won't be an issue for long as Stella turns 18 in September. The separation of property may cause some problems as the couple have numerous homes both in the US and in Banderas' native Spain.

The couple famously met on the set of Too Much, in which they were both starring. Banderas was married at the time to his first wife, Ana Leza, but the couple had separated the previous year. Banderas and Griffiths had a whirlwind romance which resulted in their married in May 1996, a mere month after Banderas divorced Leza. Griffiths was five months pregnant with their only daughter Stella at the time of their marriage. 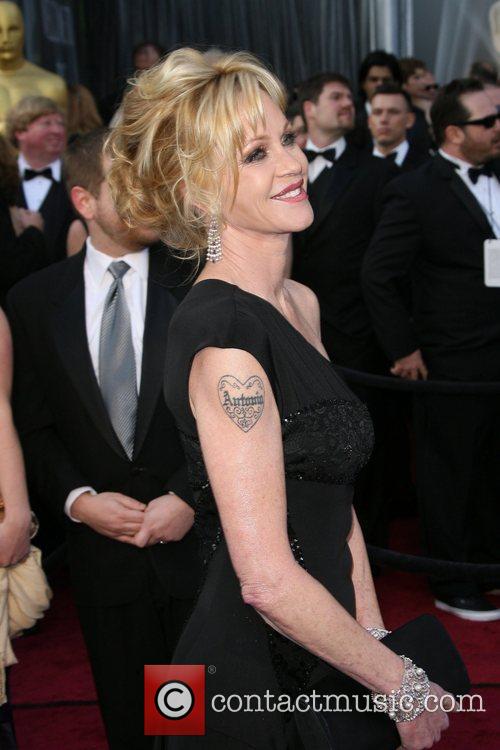 Melanie Griffiths' tattoo may need to be slightly altered.

E! acquired a statement from the couple's representative in which Banderas and Griffiths spoke about the nature of their separation but not the reasons behind their decision. The statement reads: "We have thoughtfully and consensually decided to finalize our almost twenty years marriage in a loving and friendly manner honouring and respecting each other, our family and friends and the beautiful time we have spent together - Melanie & Antonio"

Banderas was Griffiths' fourth marriage. The Working Girl actress was previously married to actor Don Johnson twice, once briefly in the 1970s and once more over a decade later. The couple's second marriage lasted 5 years and they welcomed a daughter, Dakota Johnson who is set to star in Fifty Shades of Grey. In between Griffith's two marriages to Johnson, she wed Steven Bauer and they also have a son together, Alexander Bauer. 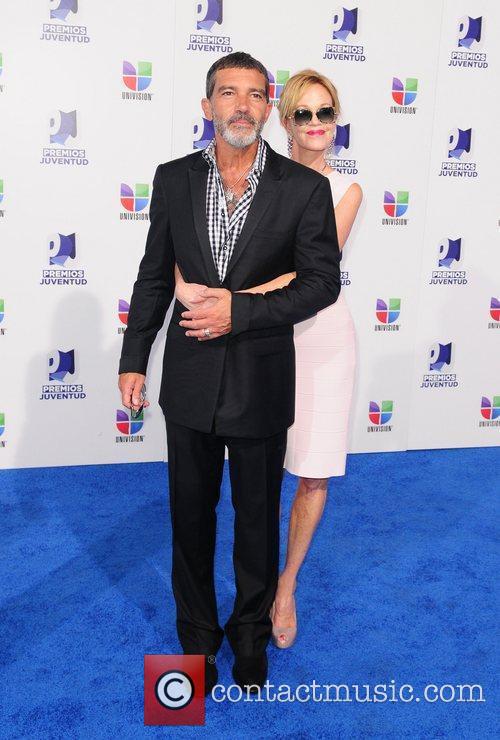 The couple married in 1996 after meeting the previous year.