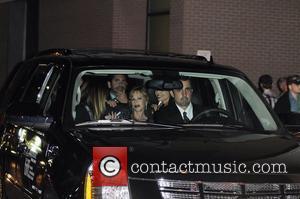 Melanie Griffith is hoping for an acting comeback on the small screen after wowing TV bosses with her portrayal of the matriarch of a dysfunctional family.
The Working Girl star has had a patchy last decade with few film hits and a painkiller addiction to battle, but her husband Antonio Banderas is convinced a new role will bring her back into the spotlight.
He tells WENN, "It's a comedy about a dysfunctional family and a woman of her age with grown kids and her husband wants to be a politician. The studio loves it so we hope we are going to make the pilot the end of November (11)."