Mel C: Spice Girls tour tipped me over the edge

Mel C claims touring with the Spice Girls ''tipped her over the edge'' and she struggled to regain her body's natural rhythm. 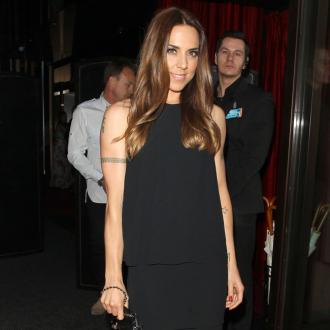 Mel C claims touring with the Spice Girls ''tipped'' her ''over the edge''.

The 38-year-old singer - who was open about her struggle with body image during the band's heyday - claims performing around the globe contributed to her troubled mental state, which led to her petite size eight frame to plummet to a tiny size six.

Speaking to Closer magazine, she said: ''Depriving my body of essential nutrients and getting very little sleep touring with the Spice Girls tipped me over the edge mentally.

''Doctors diagnosed me with depression, but I was very much in denial about it. It took 18 months of counselling and acupuncture to get better.''

However, the brunette beauty is adamant she won't let her bad eating habits take over her again.

She added: ''I know so much more about food now and what is best to eat for my body. I'll never succumb to a fad or crash diet again. They never work in the long run and they're just not good for you.''

Mel - who has enjoyed a successful solo career since the Spice Girls disbanded - is looking forward to her next album and will begin writing it next year.

She said: ''I'd love to write a new album and start that early next year. It would be amazing to get back out there and our with a new solo album.''