Mel C and Victoria Beckham have been bonding and are plotting a big night out with the rest of the Spice Girls. 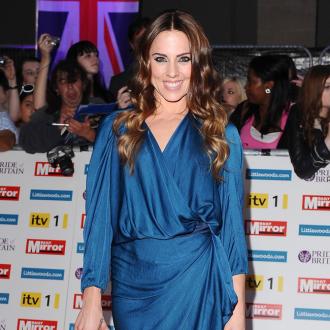 Mel C has been bonding with Victoria Beckham.

The former Spice Girls have been spending more time with each other since fashion designer Victoria moved from LA, California, to the UK, earlier this year, and Mel claims the duo are planning to hit the town with their fellow band mates, Geri Halliwell, Emma Bunton and Mel B soon.

Speaking to Closer magazine, she said: ''Victoria and I caught up a few weeks ago for a coffee and a chat actually - it's been so amazing to have her back in the UK. She gets really busy when she's got a new collection to prepare, but now things seem to have settled down a bit, Vic and I are planning a girl's night with the other Spice Girls.

''It's rare for us to all get together, so I'm very excited. When we do find time to catch up, we're like normal girlfriends who love a b****ing session and a glass of red wine.

''We might head out for a night on the tiles, which I'm sure will be quite the spectacle.''

Mel previously admitted that the girls were ''closer than ever'' and she hasn't ruled out a reunion in the future.

''I have to say, since we reunited in 2007, and doing the Olympics last year, we are closer than ever.

''We have so much fun when we're together. There are no plans at the moment to do anything but if a great opportunity came up I'd jump at the chance.''