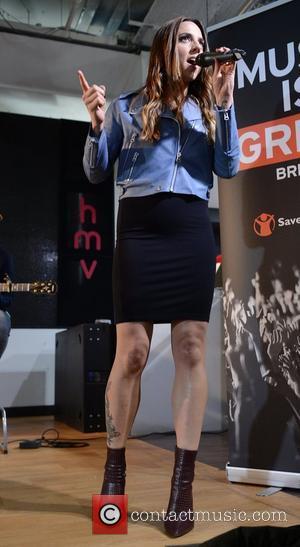 Radio 1 Dj Chris Moyles and former Spice Girl Melanie C will be joining Andrew Lloyd Webber's new version of Jesus Christ Superstar, according to The Telegraph today (May 16, 2012). They will be joined by comedian Tim Minchin for the new show, which begins its tour at London's O2 Arena in September. The role of Jesus was filled by an Itv talent show, which will soon air on the TV network.
"To receive a phone call from Andrew is very cool" said Chris Moyles, "but then when he asks you to be in his musical that's pretty amazing and there is only one thing to respond with... And that is yes! My mum's gonna be well excited!" Moyles will be playing the role of King Herod. Melanie C will take on the role of Mary Magdalene. Last week, rumours surfaced that the role would be filled by Nicole Scherzinger - another former girl band member (Scherzinger was once in Pussycat Dolls) - but today it seems those rumours have been well and truly put to rest. Tim Minchin, the Australian / British comedian is known for his musical comedy and he'll be playing the role of Judas Iscariot. Tickets will go on sale on Friday May 18, 2012.
Of the three new stars for the musical production, Chris Moyles' inclusion in the cast will probably raise the most eyebrows. He's better known as a radio and TV presenter and the closest he's come to showing any musical prowess until now has been the parodies of popular hits that he sometimes records for his radio show, including Lily Allen's 'Smile' and Kaiser Chief's 'I Predict A Riot.'