Mel Gibson is honoured at Czech festival, while the Apes sequel and What If premiere in New York, and Legend and Grimsby film on streets around London. Plus new trailers for heavy-hitters Exodus, Gone Girl and Foxcatcher... 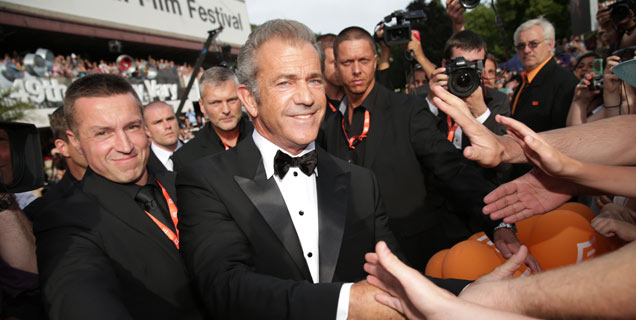 This is a week when most attention was on the sporting world, with the Wimbledon finals, the Formula One British Grand Prix and the Tour de France starting in Britain, and of course the World Cup in Brazil. So most people didn't notice that the Karlovy Vary Film Festival kicked off in the Czech Republic by awarding Mel Gibson with the Crystal Globe for outstanding artistic contribution to world cinema. The festival wraps up on Saturday. Here's Mel Gibson at the 49th Karlovy Vary International Film Festival - Mad Max screening .

Meanwhile in New York, the stars turned out on Tuesday for the premiere of Dawn of the Planet of the Apes. Cast members Andy Serkis and Keri Russell were joined by visiting filmmakers Darren Aronofsky and Paul Haggis and actors Alex Karpovsky and Bridget Moynahan. The film opens this week in the US and next week in the UK. Here's a Dawn Of The Planet Of The Apes clip to get you in the mood. 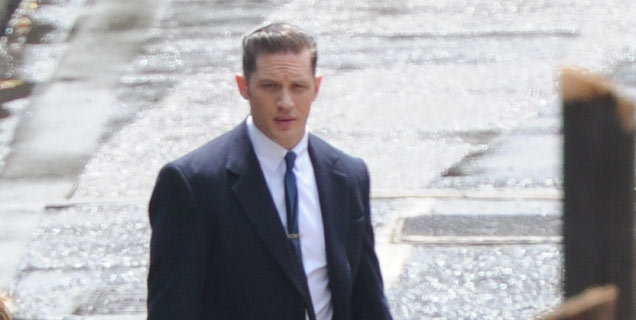 In London, Tom Hardy, Christopher Eccleston and David Thewlis were photographed on the set of their new film Legend, a dramatic thriller about the Kray brothers, who ran the London mob in the 1950s and 60s. And just down the road in Essex, Sacha Baron Cohen and Mark Strong were spotted in the streets filming their spy action-comedy Grimsby. Check out Christopher Eccleston, Tom Hardy and David Thewlis filming on the set of 'Legend'. Harvey Keitel filming in North London. As well as photos of Sacha Baron Cohen and Mark Strong film a scene for the movie Grimsby in Essex United Kingdom.

The big new trailer this week is for Ridley Scott's biblical epic Exodus: Gods and Kings, starring Christian Bale as Moses, who takes on Joel Edgerton's Egyptian Pharaoh to secure the freedom of the Israelites. The film costars Aaron Paul, Sigourney Weaver and Ben Kingsley. It looks suitably enormous and opens in December. Watch 'Exodus: Gods and Kings' Trailer.

We also had an extended trailer for David Fincher's new film Gone Girl, based on the best seller about a woman (Rosamund Pike) who goes missing on her fifth anniversary, leaving her husband (Ben Affleck) as the prime suspect. It looks insinuating and involving, and the filmmakers promise an ending that's different from the book's. It opens in October. Watch 'Gone Girl' Trailer. 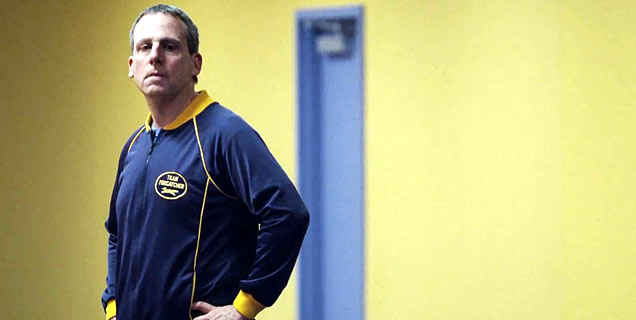 And there was also a new trailer for Foxcatcher, the buzziest film from this year's Cannes Film Festival and an early front-runner for Oscar attention. It stars an unrecognisable Steve Carell in a serious role opposite Channing Tatum, Mark Ruffalo, Sienna Miller and Vanessa Redgrave. A darkly tragic true story set in the world of wrestling, this unmissable film opens in November in the US and in January in the UK. Watch 'Foxcatcher' Trailer.