Mel Gibson OKSANA GRIGORIEVA Robyn The Passion Of The Christ 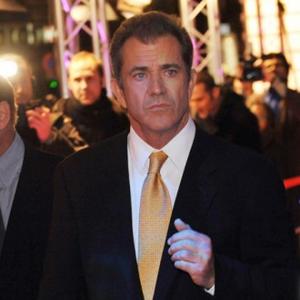 Mel Gibson has reached a divorce settlement with Robyn Moore after two years.

A lawyer for 'The Beaver' actor's wife of 28 years â who started divorce proceedings in 2009, citing 'irreconcilable differences' â appeared before a judge this morning (28.06.11) to say they had reached a full agreement, including dividing their property.

The couple â who have six sons and one daughter together - wed in 1980 and reportedly did not have either a pre or post nuptial agreement, meaning all assets accrued during their marriage would be divided equally under Californian law.

Divorce attorney Stacy Phillips said in 2009: "Any income earned or property purchased during the marriage is considered communal property."

Although no details of the settlement have been released, Mel was estimated to be worth $900 million in 2006, and owns at least three properties in Malibu, California â said to be worth more than $16 million combined - an island in Fiji and a ranch in Costa Rica.

Mel has also starred in over 40 films and been a successful director, helming blockbusters including 'Braveheart', 'The Passion Of The Christ' and 'Apocalypto'.

Lawyers on both sides are now drafting the final paperwork in the case and the judgment is expected to be entered at the end of August, making the divorce official.

In the meantime, Mel is also in court with his ex-girlfriend, OKSANA GRIGORIEVA, locked in a battle over custody arrangements for their two year old daughter, Lucia.