Here's what he thinks about the veteran filmmaker.

Mel Gibson returns to directing with 'Hacksaw Ridge'; the true story of World War 2 hero and army medic Desmond T. Doss who refused to take a weapon into battle. He is played by Andrew Garfield, who is certainly no stranger to on screen heroism.

When 'Hacksaw Ridge' received its standing ovation at the 73rd Venice International Film Festival, it's difficult to know whether the applause was down to the movie or down to that fact that Mel Gibson has finally taken a seat in the director's chair again after 10 years. But it seems that his absence might have little to do with the scandalous outburst of 2006 and more to do with the fact that he doesn't actually like filmmaking that much.

'He said he rarely enjoys making a movie', Andrew Garfield said of the Oscar winning veteran, who has directed 'Braveheart', 'The Passion of the Christ' and 'Apocalypto'. Granted, they're not the most cheerful of films, so you can sort of understand where the enjoyment lacks. On the other hand, Garfield really doesn't believe that attitude.

Watch the trailer and clips for 'Hacksaw Ridge' here:


'I don't buy it', he continued. 'He just looks like he's having a whale of a time.' He goes on to reveal just what it's like to have someone as esteemed as Gibson directing him; someone whose onscreen roles include the original Mad Max and Martin Riggs in 'Lethal Weapon'. 'Having someone who's such a great actor with their eyes on you just makes you feel so safe', said Garfield.

It looks like the respect is mutual too, because Gibson doesn't believe he could've got someone better for the role. 'He's not your typical heroic cat', he said, despite the fact that Andrew Garfield is best known for his lead role in 'The Amazing Spider-Man'. 'He's a guy with convictions and beliefs and he's very strong principled personally so he's able to understand those things and portray them very well. Also he's a wonderful actor, he's got a great gift. This film is character-centric, it really focuses on this one guy, so you have to have someone who can carry that ball. He really is the heart of the film.'

'Hacksaw Ridge' is set to hit US movie theatres on November 4th 2016. 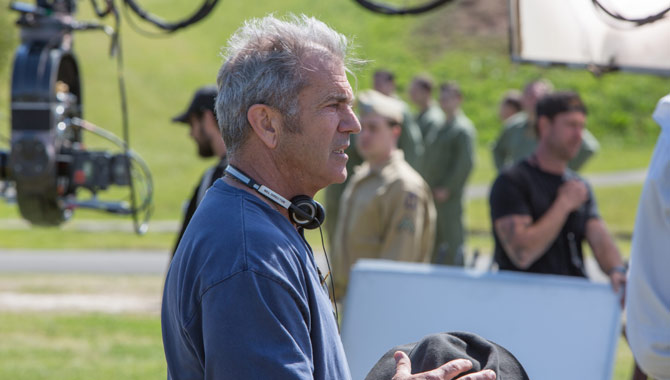