The filmmaker doesn't think 'Blazing Sandles' could be made today.

There's no denying the incredible cultural impact Mel Brooks has had on the world, with his major comedy flicks proving that when there are no boundaries when it comes to being funny, things can get very funny indeed.

Mel Brooks has some words to say about today's PC culture

At the helm of massive films such as 'Young Frankenstein' and 'The Producers', he's somebody who has without a doubt left his mark on the movie industry. One of his flicks that cut closest to the bone was Western comedy 'Blazing Saddles', starring Cleavon Little and Gene Wilder in the leading roles. Including a number of racial slurs, satire that would go far past anything we had seen in the past and a lot of moments that would make audiences wince one moment then burst into laughter the next, it still to this day is a much-talked about classic.

Well deserving of a BAFTA Fellowship.

Mel Brooks is without doubt one of the most esteemed comedy filmmakers that ever lived, which is why he well deserved his lifetime achievement award at the 2017 BAFTAs. For his contributions to cinema, he was awarded The Fellowship last night (February 12th); the highest accolade the BAFTAs has to offer and one that has previously gone to the likes of Charlie Chaplin, Alfred Hitchcock and Steven Spielberg.

In honour of his legacy of hilarity, we reflect on some of his greatest films:

Continue reading: A Tribute To Some Of Mel Brooks' Greatest Comedies

The American director and comedian was honoured for his contribution to film.

Legend of comedy Mel Brooks was awarded the British Film Institute’s Highest Honour, the BFI Fellowship at a private London dinner on Friday evening, in front of guest including Terry Gilliam and Mike Leigh. 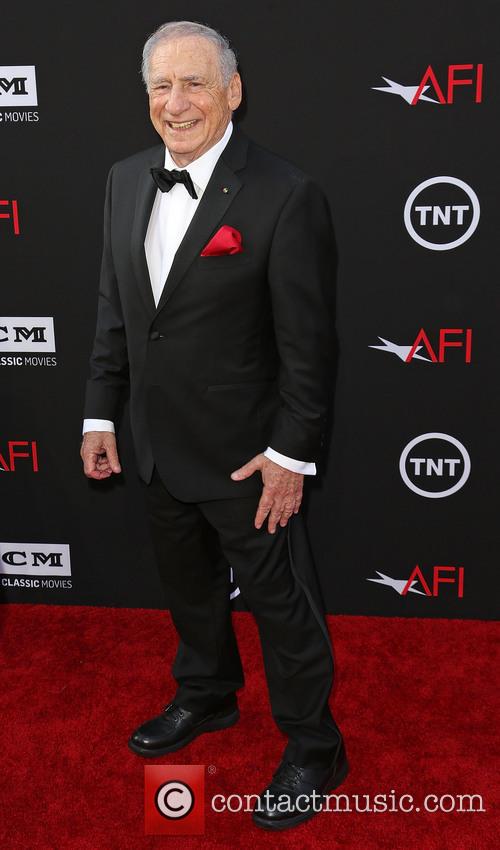 Mel Brooks recieved the BFI fellowship on Friday in London

The 88 year old was presented the award by BFI chair Greg Dyke, while John Hurt, star of Brook’s A History of the World Part 1 and Spaceballs, also spoke at the event. According to Variety guests on the evening also included Terry Gilliam, Mike Leigh, Simon Pegg and Salman Rushdie.

Following on from the adventures in the Hotel Transylvania, in which Count Dracula (Adam Sandler) was forced to hide a human from the clients of his "monsters only" hotel, things have gotten even stranger. Jonathan (Andy Samberg), the human traveller, and Mavis (Selena Gomez), Dracula's daughter, have fallen in love and had a baby. This new, half human half vampire baby, is accepted by the monsters inhabiting the hotel. But Dracula is not as impressed as he could be: he wants his grandson to take on the ways of a vampire like he did, and is willing to do whatever it takes to help him become a terrifying monster.

Little Rascals Not So Little Anymore: The Cast Recreate The Poster 20 Years On

20 years after its release, the cast of The Little Rascals recreate some of the film's most famous poses

They shot to fame and gained a momentous audience following in 1994 as a rag-tag group of troublesome kids in the American comedy Little Rascals. The little people that gave us so much joy in the film adaptation of Hal Roach’s Our Gang may have grown up but they haven’t stopped entertaining as the stars of the show got together to recreate the movie’s poster 20 years later.

Continue reading: Little Rascals Not So Little Anymore: The Cast Recreate The Poster 20 Years On

Twitter is spreading its wings into the world of comedy and launching its own comedy festival played out in just 140 characters and six-second videos. Twitter is teaming up with Comedy Central for the 'ComedyFest' event, set to debut on April 29, 2013. Comedians will tweet jokes and post videos with the recently launched video app Vine over five days.

The launch of the festival is expected to be officially announced later on Monday (April 22, 2013), with big names such as Mel Brooks, Carl Reiner, Amy Schumer and director Paul Feig all thought to be taking part. Twitter introduced Vine in January - a video sharing service that lets users post six-second clips that matches the brevity of the social network's word limit.

On the Tuesday of the festival, comedian Steve Agee will host a 'Vine Dining' party, telling stories in six-second videos, while the cast of satirical political comedy 'Veep' will share 'Vines' from the set, as will the cast of ABC's hit show 'Scandal'. 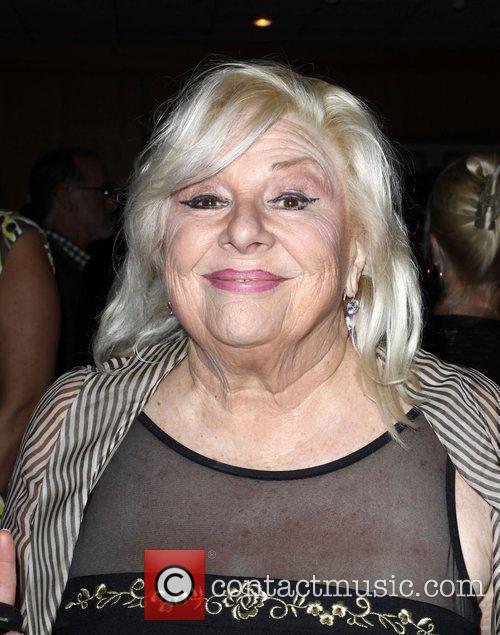 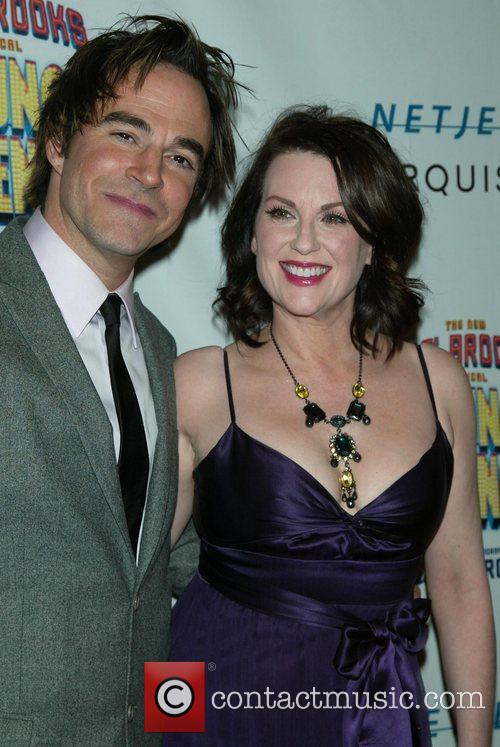 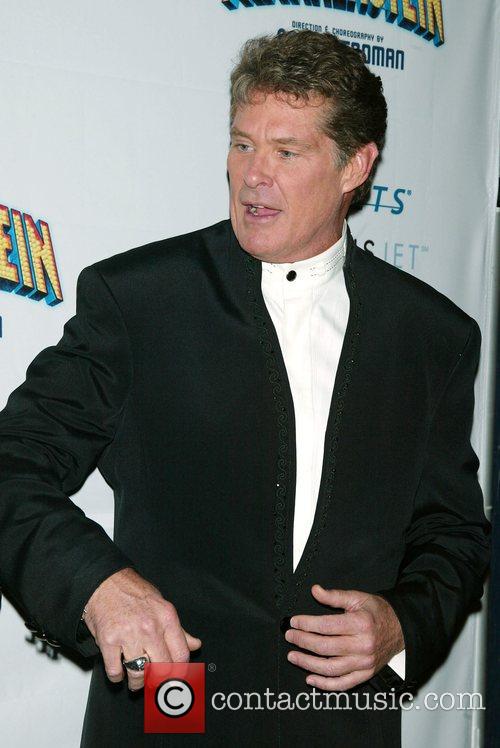 By James Brundage
Good
Mediocre parody movies are Newton's second law as applied to cinema. For every hit over-the-top drama that paints characters by numbers there's at least one end to end parody that makes the cookie cutters look like Central Park caricatures.

By Christopher Null
OK
I'll confess up front that I never saw The Producers on stage. Not that I didn't want to: I'm a huge fan of the original Mel Brooks film -- a movie I consider, bar none, his best work and one of the 10 greatest comedies ever made. (I even wanted to name my firstborn after Zero Mostel, but that's another story.) The Broadway show also earned critical praise the likes of which few stage productions have seen: 12 Tony Awards and a waiting list for tickets that spanned over a year.

In 1968, Brooks was at the top of his game. He was also at the very beginning of it: The Producers was his first feature film, and you can track the quality of his movies on a steady decline which stretches from the awesome Blazing Saddles (1974) to the middling Spaceballs (1987) to the awful Dracula: Dead and Loving It (1995), Brooks' last appearance behind the camera. 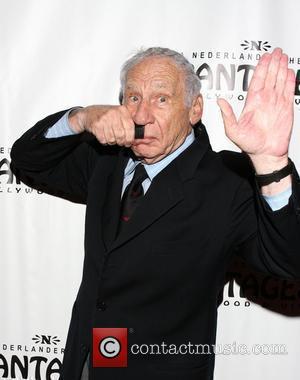 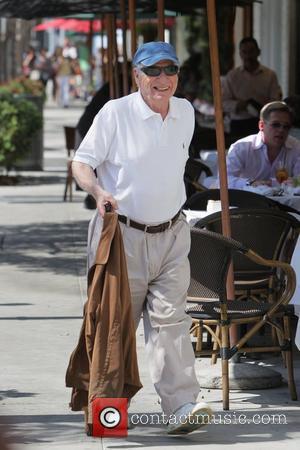