Mel B wants all five Spice Girls to reunite

Mel B has insisted they should only do a Spice Girls reunion if it features all five of them - herself, Emma Bunton, Mel C, Geri Horner and Victoria Beckham - amidst rumours Victoria has already turned down the idea. 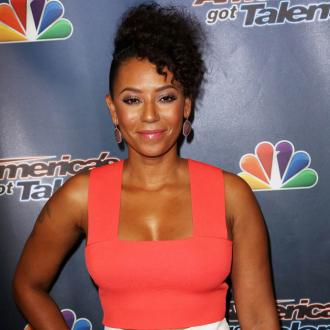 Mel B believes a Spice Girls reunion must feature all five members.

The 40-year-old singer is keen for the group to get back together next year to mark 20 years since the release of their debut single 'Wannabe' but, following speculation Victoria Beckham doesn't want to be involved, she insists there would be no point in only her, Mel C, Emma Bunton and Geri Horner taking part.

However, Mel denied any plans had been firmly put in place, insisting they were just ''in talks'' about it as of now.

She shared: ''There's nothing to spill because nothing has been announced and nothing's official. I mean, yes, we are in talks because it is our 20th anniversary and I want something to happen ... But as soon as there's something, I'll be yelling it from the roof tops.''

And Mel admitted she is instrumental in trying to get the reunion to happen.

When asked on 'The Meredith Vieira Show' if everyone wants the reunion, she added: ''I'm forcing them a little bit. I've been saying it for five years - 'We are reuniting, aren't we? Well, we need to.'''

It was previously claimed that Victoria held a ''secret'' meeting with Geri to give her blessing for a reunion without her.

They said: ''Victoria met Geri recently to have an afternoon together reminiscing about old times.

''Geri filled Victoria in on the plans for the reunion next year and while Victoria made it clear she couldn't make it, she said she was more than happy for the other girls to go ahead. It's wrong to suggest she would try to stop them doing it if the other girls wanted to.''