Mel B still in touch with lesbian fling

Mel B has revealed she is still in touch with the ''lovely lady'' with whom she had a fling in the past but insists she isn't interested in women anymore. 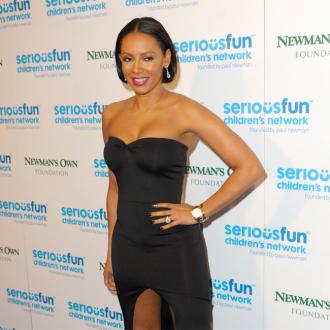 Mel B is still in touch with her gay former lover.

The 'X Factor' judge - who married her husband Stephen Belafonte in 2007 - has remained in contact with a ''lovely lady'' with whom she had a five-year sexual relationship with as a teen, and aged 17 she wanted to ''spoon and snuggle and do everything with a woman'' but is no longer interested.

''I had a great five-year relationship with a lovely lady who I still talk to this day, and that's that. I mean, if it happened yesterday I would probably be saying something different. But I've been happily married to my husband for seven years.

However, the 39-year-old singer admitted she still finds women attractive and is more likely to point out a beautiful girl than her husband is.

She added to Attitude magazine: ''I would be the first person to say to my husband, to this day, 'Oh my God look at that woman over there, she's absolutely stunning!'

''I would be way more likely to point out a woman than my husband would be. But that's because I think women are beautiful. Where that puts me - in whatever category - I've no idea.''

The former Spice Girl also admitted to having kissed all of her former bandmates - Emma Bunton, Victoria Beckham, Geri Halliwell and Mel C - but insists it was ''nothing sexual''.

She said: ''I've kissed all the other Spice Girls. Nothing sexual; I had a tongue fear and I was like, 'Tell me how this feels. Does it feel weird? Does it feel awful?' But that was nothing sexual at all. They were all like, 'Yuck!' ''