Mel B is scared of daughter Phoenix's driving

Mel B is ''the worst backstreet driver'' and admits she has been terrified since her 16-year-old daughter Phoenix started driving. 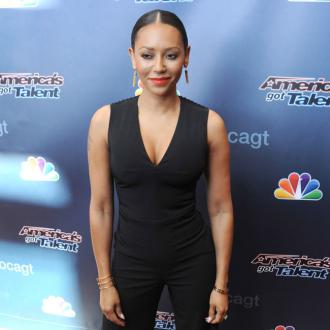 Mel B is terrified of her daughter Phoenix's driving.

The former Spice Girl's 16-year-old daughter has been sending her mother's anxiety levels ''through the roof'' since she started driving after passing her Californian driving test.

The 40-year-old star - who lives in Los Angeles with husband Stephen Belafonte and the kids they raise together - says she is the ''worst backseat driver'' and hasn't coped well being a passenger driving around LA with Phoenix.

She said: ''I am the worst backseat driver person or whatever you want to call it. My anxiety levels go through the roof. She is 16, so I am like, 'Mind that f***ing kerb! Get me out of the f***ing car!' I get anxiety.''

However, Mel knows she needs to relax when Phoenix is in control of the car because she needs to build up her daughter's confidence behind the wheel.

The 'Wannabe' hitmaker told Jimmy Fallon during an appearance on 'The Tonight Show': ''I get shaky. She is 16 and she doesn't know how to drive, yet we have all been there.''