Mel B 'Files For Divorce' From Husband Stephen Belafonte

The former Spice Girl married the film producer in 2007.

Mel B has reportedly filled for divorce from husband Stephen Belafonte, after nearly a decade of marriage.

The former Spice Girl, full name Melanie Brown, filled for divorce at Los Angeles Superior Court on Monday, March 20, but listed the date of the couple’s separation as December 28. 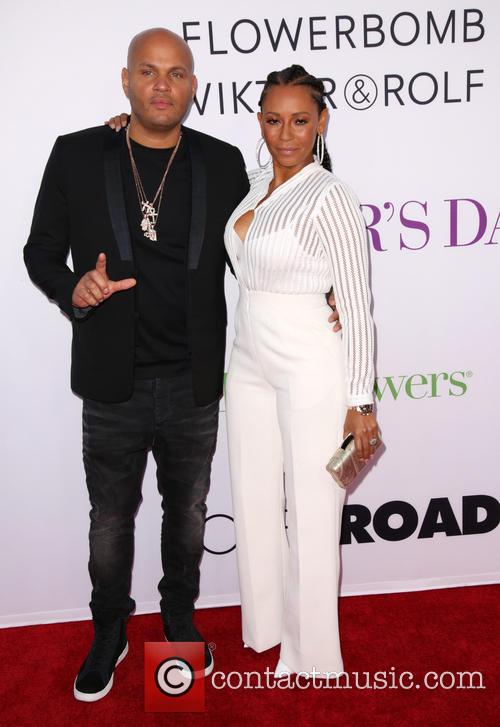 Mel B has filled for divorce from husband Stephen Belafonte

Brown and Belafonte married in 2007 and have one child together, five-year-old daughter Madison. According to divorce papers obtained by People, Brown is asking for joint legal and physical custody of Madison.

Belafonte also has one daughter from a previous relationship, 12-year-old Giselle Belafonte. In the divorce papers Brown also requested to terminate the court’s ability to award spousal support to Belafonte.

More: Mel B Pays Tribute To Her Dad As He Passes Away From Cancer

Just six weeks ago Brown had gushed about her husband in an Instagram post. Sharing a selfie of the pair, Brown wrote: ‘My baby boo @stephenthinks11 we have been through everything that would normally tear couples apart and we have come out on the other side stronger.

‘You loved me before I even new how to really love myself,you are my world honey and let's not forget you are abit of a d**khead too xxxx #tenyearsmarried #fightfortheineyoulove #theysaiditwouldntlast #bitcheswishtheyhadthis #nowtalkaboutme.’

In December 2014 the couple’s marriage came under scrutiny after Brown was hospitalised with severe stomach pains and appeared on ‘The X Factor’ three days later with what appeared to be bruises.

Belafonte later responded to speculation on Twitter, writing: ‘I don't usually respond to Twitter msgs but I will respond to comments of hitting my wife which I think are quite disgusting un true!’