Mel B bringing 'scary fro back'

Mel B has reinvented her hairstyle and is bringing her ''scary fro back'', which she made famous as part of 90s girl group Spice Girls. 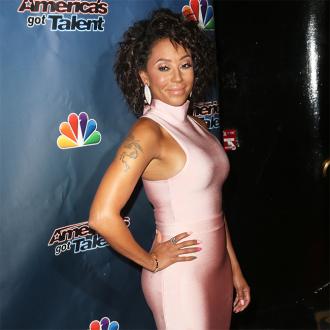 Mel B is bringing her ''scary fro back''.

The former Spice Girl has revealed she is going back to the hairstyle she made famous in the 1990s as part of the chart-topping girl group.

Posting a photograph of herself at a taping for the new series of 'America's Got Talent', she captioned it: ''Tonight was a lot of emotions right!! Hair (and it's all mine,bringing scary fro back bit by bit) @hairjunkierandy make up @twmkup styling @jasonbolden boom (sic)''

Whilst another added: ''Yes!! Please bring the curls back! With the Spice Girls, you were an inspiration to all the black / mixed girls and curly haired girls out there who saw your hair and realized it's ok to love the curls! (sic)''

The hair-do will only fuel rumours the 'Wannabe' hitmakers - minus Victoria Beckham - are reuniting for a world tour.

A source said at the time: ''This will be one of the biggest pop reunions of all time.