Mel B admits to experimenting with women

'The X Factor' judge Mel B has admitted to having experimented with women in the past, but insists she was never a lesbian. 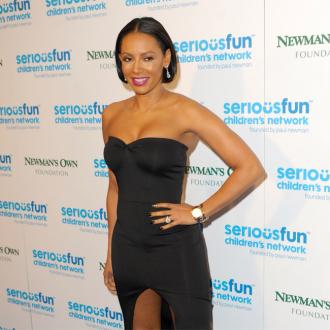 Mel B experimented with women ''for a few years''.

The 'X Factor' judge - who married her husband Stephen Belafonte in 2007 - has admitted she was sexually interested in other women for a number of years, but insists she was never a lesbian.

When asked about straight women who had become lesbians, the 39-year-old singer - who rose to worldwide prominence as part of the Spice Girls in the 1990s - said: ''Yeah. I was one of those for a few years.''

Pressed by TV chat show host Alan Carr whether she was a lesbian, Mel added: ''I would not call it that. I was just one of those ladies. Now I'm happily married.''

The mother-of-three also revealed her naughty side during the interview, admitting she wasn't wearing any underwear and likes to doodle rude pictures while filming 'The X Factor'.

Speaking on talk show 'Alan Carr: Chatty Man', she said: ''I do drawings of stuff that get me into trouble a lot. I show it off to Cheryl and she laughs and I show it to Louis and he goes, 'Wow, yeah.' I will have to ban myself from having paper now as you now all bloody know.''

Mel also recalled the time she found herself having a conversation with a half-naked Simon Cowell in his dressing room.

The curvaceous star said: ''His dressing room is stunning. It is like what Liberace would have. He has got a bath, it is gorgeous.

''I was sitting there with a cup of tea and he walked out of his bathroom with his towel on and he said, 'Oh, hello darling, I have just come out of the bath'.

''I said, 'Can we talk about the show please?' He just sat there in his towel.''