The pair performed a duet of 'Like I'm Gonna Lose You'.

It was a crazy night for pop fans on Saturday night (April 11th 2015) as The Wanted's Nathan Sykes showed up for an impromptu performance with Meghan Trainor as she hit Birmingham's The Institute on the UK leg of her world tour. No-one was expecting a surprise guest during Meghan Trainor's set at The Institute, so it was doubly exciting to see Nathan Sykes - formerly of The Wanted - show up for a spontaneous duet of her song 'Like I'm Gonna Lose You' (originally featuring John Legend). The singer, who is embarking on a solo career following the split of the band, was already in Birmingham that day having performed at Temple as part of his own 6-date UK tour, and decided to pay his friend a visit. 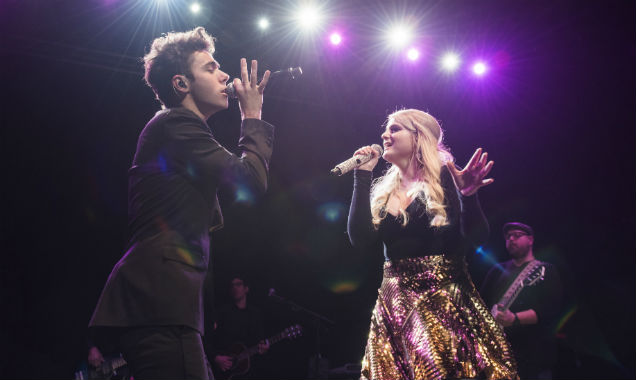 Nathan Sykes was already in Birmingham following his Temple gig

The sold-out show was part of the UK leg of Trainor's 'That Bass Tour' which she will wrap up tonight (April 13th) at London's O2 Shepherd's Bush Empire. The rest of the tour will end in June before the onset of her North American 'MTrain Tour' in July. Other acts to have supported Trainor so far are Sheppard and Matt Prince. She will also welcome G.R.L. in Australia later this month, and Charlie Puth and Life of Dillon for the rest of her US and Canada dates. 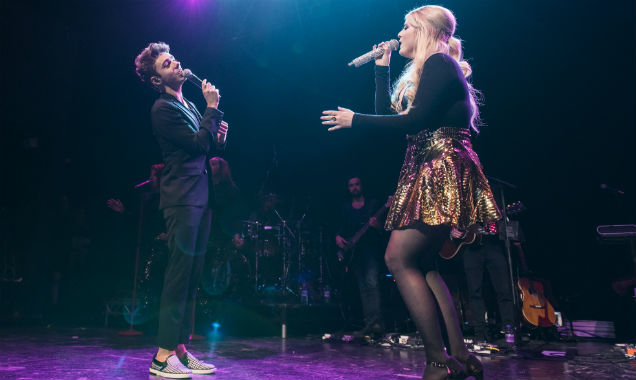 Nathan Sykes' appearance was certainly a surprise for fans

Meghan Trainor, who shot to fame last year with her number one single 'All About That Bass', has been delighting fans with subsequent singles 'Lips Are Movin' and 'Dear Future Husband' with her major label debut 'Title' released in January to much acclaim.

As for Nathan Sykes, he recently unveiled a taster entitled 'More Than You'll Ever Know' from his forthcoming debut solo output, and also announced that his first single will be called 'Kiss Me Quick'. The singer made his debut performance without The Wanted at last year's Summertime Ball, where he appeared alongside Jessie J and DJ Cassidy for a performance of 'Calling All Hearts'. 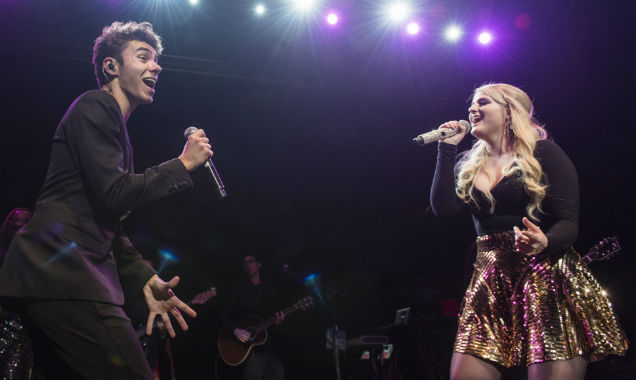