Trainor insisted her team take down the video for 'Me Too' after finding out from fans that her body had been digitally altered.

Meghan Trainor has removed the music video for her brand new single ‘Me Too’ after she discovered that her body had been digitally altered by editors.

“Hey guys, I took down the ‘Me Too' music video because they Photoshopped the crap out of me and I'm so sick of it and I'm over it,” she explained in one of several Snapchats with her fans on Monday (May 9th), “so I took it down until they fix it.” 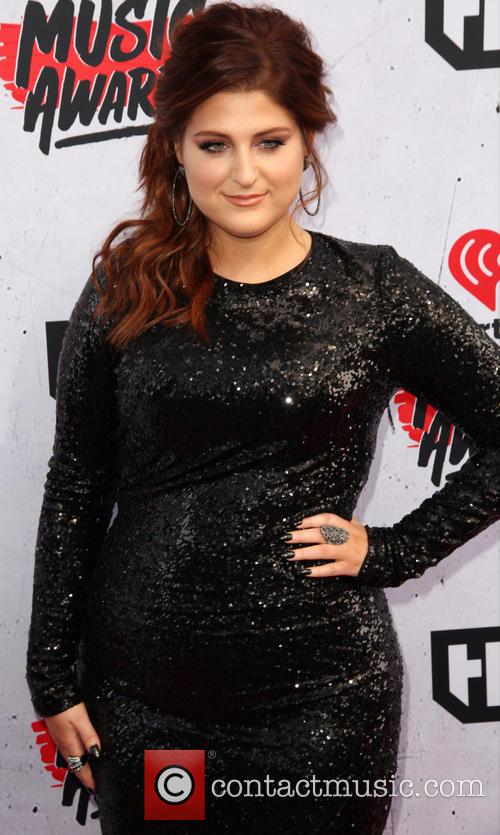 The 22 year old American singer rocketed to fame nearly two years ago on the back of a song about a very similar topic of body confidence, ‘All About That Bass’, the lyrics of which at one point go “I see the magazines working that Photoshop / We know that s*** ain’t real, come on now, make it stop”.

She continued, “My waist is not that teeny. I had a bomb waist that night. I don't know why they didn't like my waist but I didn't approve of that video and it went out for the world so I'm embarrassed.”

In a later interview with USA Today, she described the moment she found out. “I screamed in my hotel room. I was like, ‘Why would they do this?’ I cried. I had to try not to cry because I had my [makeup] done, and was like, ‘Don’t ruin this. Go work and ignore it,’ but I couldn’t help it.”

Some fans assumed that Trainor was blaming her management team for what had happened, after she captioned one of her pics “when ur team f***s up so bad”.

“Not my team. My team is the best," she soon clarified. "I don't hate my team. I hate people who edit and Photoshop. I have an anthem about it. Check it out. It's called 'All About That Bass' off that first album.”

Despite her obvious displeasure with the behind-the-camera shenanigans, the M-Train is nevertheless satisfied with both the song and the video for it. It's the second release from her second major label album Thank You, which is out this Friday (May 13th).

“The video is still one of my favorite videos I've ever done. I'm very proud of it. I'm just pissed off that they broke my ribs. You know?”