The 'All About That Bass' chart-topper has cancelled her Fourth of July weekend dates at in New Jersey and Connecticut.

American pop sensation Meghan Trainor has cancelled the first two dates of her upcoming MTrain Tour after being diagnosed with a vocal cord haemorrhage.

The crestfallen singer broke the bad news to her fans on her Instagram page late on Thursday (July 2nd). Unable to speak because of her condition – her doctors have ordered to her to take complete vocal rest - the video shows her typing out the message on her phone. 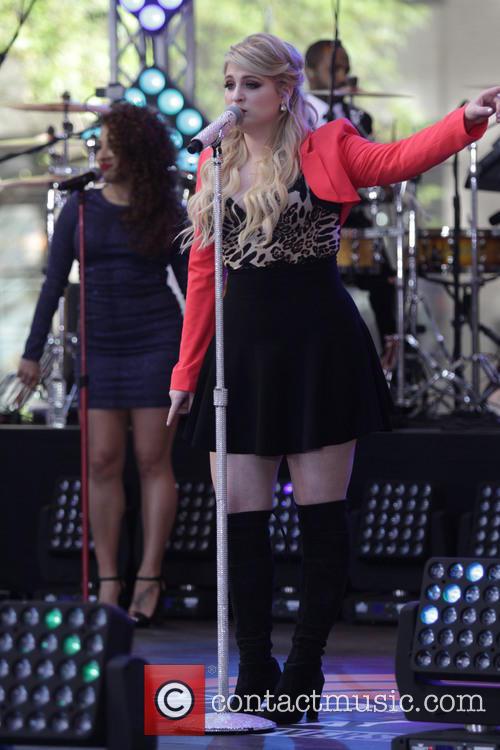 “I don't want anyone worrying but I have had a haemorrhage on my vocal chords. Right now the doctors want me on complete vocal rest until they are healed so I have to postpone my first two shows in Atlantic City and Connecticut,” she wrote. “I promise that I will make it up to my Megatronz. I have never missed a tour date before so this is killing me.”

Fans who had tickets to the Fourth of July weekend dates in Atlantic City, New Jersey and Uncasville, Connecticut have not yet been informed as to details on refunds. Trainor’s official website now lists her next live performance as Lansing, Michigan on Tuesday July 7th, so doctors are presumably confident that she will have recovered by then.

This makes Trainor the third singer to pull out of major tour dates with vocal cord complaints this year. Sam Smith was forced to cancel dates in Australia and the Far East just after Easter in order to have surgery with the same ailment as Trainor, and Nickelback’s frontman Chad Kroeger was more recently diagnosed with a cyst on his voicebox.

The 21 year old singer finished her post with: “I love you all very much and want to get healed quickly so I can show you this amazing tour we've been working on. I am truly sorry to everyone who has bought tickets and made travel plans. I hate this.”