A second vocal cord haemorrhage has caused the 'All About That Bass' singer to call off her lengthy North American tour.

Meghan Trainor has cancelled the remainder of her current ‘MTrain’ tour of North America following a second vocal cord haemorrhage in quick succession. Her first nationwide tour had been expected to go through to the end of September.

The 21 year old singer had previously been forced to cancel the opening three dates of the tour last month suffering from the same problem. She bounced back in just over a week to resume the tour as planned, but now it seems as if she’s been diagnosed with a recurrence. 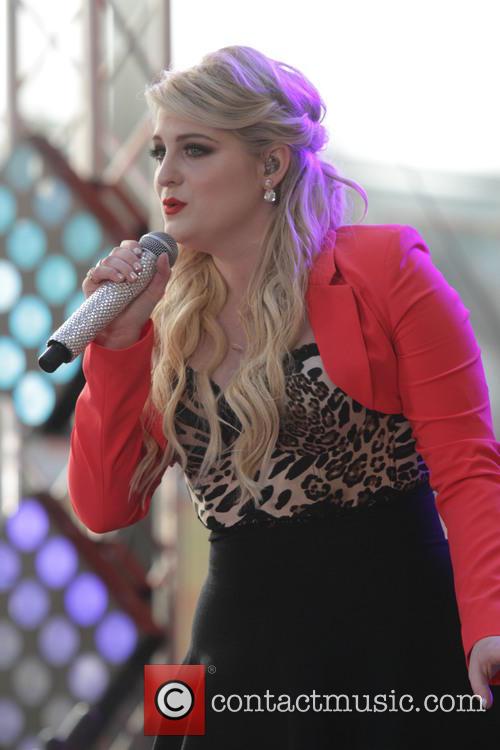 Trainor announced the bad news to her fans via her Instagram page on Tuesday (August 11th). A heartfelt message read: “To all my fans – I was being careful and taking precautions, but I have haemorrhaged my vocal cord again. I got bronchitis & have been coughing a lot & that pushed it over the edge. Sadly, I will need to cancel the remainder of my tour and get surgery to finally fix this once and for all. I am devastated, scared, and so sorry.”

“I LOVE touring and seeing your beautiful faces every night. I am determined to do what it takes to get better and come back around stronger than ever,” she added. “I love you, and thank you for all of your understanding, love and support.”

There may be some good news on the horizon for Meghan, though. She may be about to score her second Number 1 single in the UK this week, with the news that her duet ‘Marvin Gaye’ with Charlie Puth is well on top of the midweek charts.

She previously hit the top of the British charts with her debut single ‘All About That Bass’ at the end of last year, after it had made chart records by becoming the first single to ever reach the Top 40 by way of streaming alone. Charlie Puth has also enjoyed chart-conquering success, having featured on Wiz Khalifa’s ‘See You Again’ earlier in 2015.