Meghan Trainor felt insecure after comparing herself to the dancers in her new video. 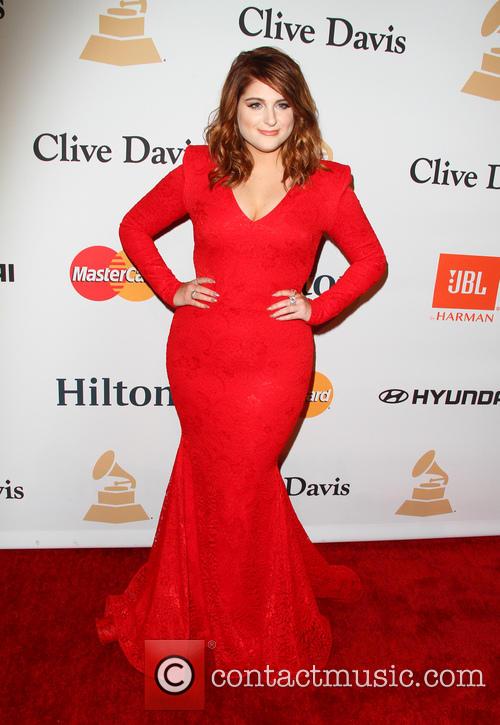 The 22-year-old singer is known for her curvaceous figure, which was the inspiration for her hit song All About That Bass. However, when it comes to embracing her womanly body on a daily basis, Meghan admits she sometimes find it difficult.

One incident that brought out her insecurities was when she was preparing to shoot her latest music video.

"Recently we were doing a fitting for this music video, and I was like, 'All these dancers next to me, they're so tiny,' and I felt insecure again," Meghan told Entertainment Tonight. "My best friend was like, 'You are all about that bass. Do not forget that.' I was like, 'You're right! I am hot, and I look bomb in these outfits, and I'm going to kill it in this video.' "

Meghan may struggle at points to accept her appearance, but she still finds herself getting a lot of attention from the opposite sex. Her brothers Ryan and Justin sometimes find it difficult not to be too overprotective when she starts a new relationship.

"If I ever do bring a guy home, they're immediately, once they leave, my brothers are like, 'Is a thing or a fling? What is this?' " she laughed.

Most recently, Meghan was romantically linked to Los Angeles Clippers player DeAndre Jordan. But she insists their relationship is purely platonic, as she considers DeAndre one of her closest pals.

"He's a great friend," she said. "He's the one that texted me, 'I miss your bros.' We party with him. He's the nicest guy ever. He's the tallest dude in the room."

The stunning singer has defied the critics who assumed All About That Bass would make her a one hit wonder, with follow up singles Lips Are Movin and Dear Future Husband.

She is currently working on her new album entitled Thank You, and is hoping the first offering from the record, No, will continue her run of hits.