'If it ain't broke, don't fix it' seems to be the motto running rampant in 'Title', the debut full-length from one of music's hottest stars, Meghan Trainor. After hitting it big - real big - with 2014's smash 'All About That Bass', 'Title' tries to re-create that magic over and over again. For the most part it succeeds, but at the end of the day, the familiar formula ends up losing its charm and becomes real stale, real quick. 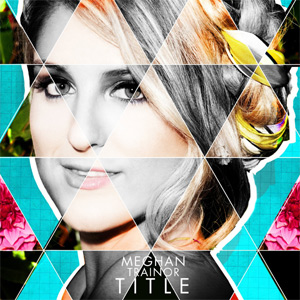 Part of the problem is 'Title''s personnel, which consists almost entirely of Trainor and writer/producer buddy Kevin Kadish. The lack of a million contributors on pop records seems to be a growing trend as evident with the recent outputs by acts like Betty Who and Tove Lo, but the Trainor/Kadish combo here does not produce the same lasting effect as the aforementioned artists. In fact, it's like the duo were so shocked by how popular they became with 'Bass' that they were terrified of losing that popularity.

The follow-up single and closer to 'Title', 'Lips Are Movin', is proof of that. Although it cleverly calls back to 'Bass' in the lyrics (in case people somehow forgot about it after having the song incessantly beaten into their brains over the past six months), 'Movin' is actually an even better 'Bass' than 'Bass' is. However, that's about where their luck runs out. With the record's other upbeat and catchy numbers like 'Dear Future Husband', 'Walkashame', 'Title''s title track and  non-Kadish tune 'Bang Dem Sticks', you're left wondering if there's anything new in Trainor's repertoire that you haven't already heard, as you can essentially start singing the previous song's lyrics over the current song's melodies. Even the ballads grow tiresome after a while, despite John Legend's best efforts to right the ship with his guest spot on 'Like I'm Gonna Lose You'.

The lack of variety on 'Title' doesn't make it a 'bad' record by any means. With the opener being a twenty second intro, you've got ten 'real' songs barely clocking in at thirty minutes. However, this makes it a record perfectly made for mass consumption: the songs are disgustingly catchy, the lyrics are simple to remember and 'Title''s debut at number one on the Billboard chart speaks for itself. As standalone singles and a track or two, or maybe even three, thrown onto a playlist - Trainor's effort on 'Title' is decent enough to keep everyone interested in the future. The girl has unbelievable talent - it's just a matter of whether that talent will continue to be spent singing the same old song.