She isn't letting the cyberbullies bring her down.

Meghan Markle is a lot more than just Prince Harry's girlfriend. More than just a mixed race actress. And more than just Rachel from 'Suits'. She's officially an iconic figure of society who we should all listen to after her latest inspirational article about being biracial. 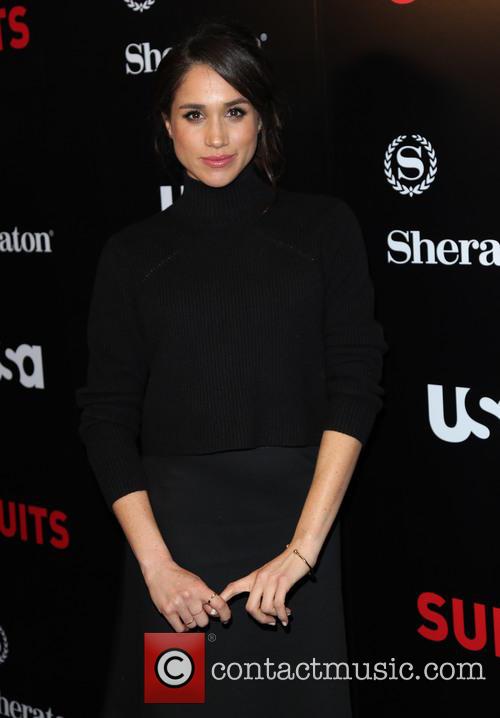 Meghan Markle talks about the development of her racial identity

The star has been faced with a sudden influx of racist bullying online after tabloids spilled that she was in a relationship with Prince Harry; the pair having met in Canada earlier this year while the royal was promoting the Invictus Games. Harry even acknowledged such abuse in a statement from Kensington Palace. But Meghan has now spoken about the various challenges she faced growing up as a mixed race girl with a black mother and a white father in an article for Elle.

As a child, she revealed, her ethnicity didn't raise too many issues for her, and that was largely down to the fact that her parents tried to make her feel that she 'wasn't different but special'. On one occasion, her father created her own Barbie family, mixing up the white and black dolls from two sets. 'On Christmas morning, swathed in glitter-flecked wrapping paper, there I found my Heart Family: a black mom doll, a white dad doll, and a child in each colour', she said. 'My dad had taken the sets apart and customised my family.'

By the time she was pre- to early teen, she was being asked to confirm her own ethnicity by ticking one of a limited selection of boxes for a census at school. The problem was, she didn't know whether to tick black or white. And her teacher even told her to go with white despite her mother. 'When I went home that night, I told my dad what had happened', she explained. 'He said the words that have always stayed with me: 'If that happens again, you draw your own box.''

Unfortunately, this parental wisdom was of little use when it came to her following her dreams to become an actress; an industry where your colour matters, and at that stage where there was very little work for someone of mixed identity. 'I wasn't black enough for the black roles and I wasn't white enough for the white ones, leaving me somewhere in the middle as the ethnic chameleon who couldn't book a job', she said.

Luckily, she found 'Suits'; a show which broke down stereotyping barriers with their casting methods. 'The show's producers weren't looking for someone mixed, nor someone white or black for that matter', Meghan mused. 'They were simply looking for Rachel.' However, that bliss of finally finding a job was marred later in the series after her onscreen father was cast as Wendell Pierce. Many viewers acted horrified simply because he was a black man and they never saw Rachel as a black woman. 'The reaction was unexpected, but speaks of the undercurrent of racism that is so prevalent, especially within America', she added.

Nowadays, especially in light of the racial backlash she has received since it was revealed that she is dating Prince Harry, she insists that she's come to 'embrace' her dual identity, because she doesn't want to think of herself as being 'grey area'. 'You make a choice: continue living your life feeling muddled in this abyss of self-misunderstanding, or you find your identity independent of it', she said. 'You push for colour-blind casting, you draw your own box.'