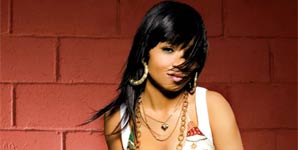 With the release of Megan Rochell dazzling debut disc 'You, Me & the Radio', Dubbing her stellar collection of songs "a diary into a young womans mind," the twenty year old Brooklyn native has no problems sharing her joy.

With a dream team of producers and collaborators that includes Rodney Jerkins, Fabolous, Ne-Yo, the Cornerboys, the Underdogs and Stargate, sassy Megan has every right to be excited. "Artists like Mary J. Blige, The Notorious B.I.G. and Marvin Gaye are my favorites, and it was that kind of emotional honesty I wanted for my own album."

Moving to Philadelphia at eighteen, Megan Rochells professional life behind the mic began with a series of chance encounters. Meeting the son of soul icon Leon Huff (of Gamble & Huff fame), Megan was soon in the studios of Philadelphia International Records, where she wrote songs and recorded demos. One afternoon, after leaving the studio, she met Boyz II Men member, Nathan Morris, while walking down South Street. "Believe it or not, I sang for him right on the sidewalk," Megan states. "His reaction was, 'Yo, you gotta let me work with you.'" After working with Nathan for several months Megan signed with his management company, "Adlib Entertainment."

From the frenzied soul of the Cornerboys' "Outta My Mind" to chill-out cool of Stargates smooth "Bet You Didnt Know," its obvious that Megan Rochell is more than just another pretty face in a video. Indeed, You, Me & the Radio is just the beginning of a wonderful relationship between a talented singer and her adoring audience.

Check out the follow up to her first single 'The One You Need' with her new single 'Floating'. 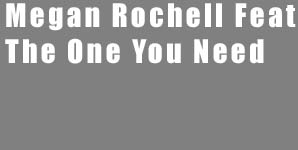 Megan Rochell - Feat Fabolous, The One You Need