Megan Fox is reportedly in talks to star in Judd Apatow's forthcoming 'Knocked Up' spin-off movie opposite Paul Rudd and Leslie Mann. 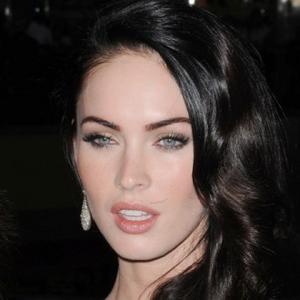 Megan Fox is in talks to star in a 'Knocked Up' spin-off.

The 24-year-old actress is set to star in Judd Apatow's next comedy, which will see Paul Rudd and Leslie Mann reprise their husband and wife roles of musical talent scout Pete and his controlling spouse Debbie.

The role to be played by Megan is currently being kept under wraps, the Hollywood Reporter says.

It is not known if any other cast members from 'Knocked Up' - which followed Debbie's sister-and-flatmate Alison (Katherine Heigl) who got pregnant by stoner Ben (Seth Rogen) following a one-night stand - will feature in the as-yet untitled movie.

However, Katherine is unlikely to feature after previously proclaiming 'Knocked Up' as "a little sexist".

She said: "It paints the women as shrews, as humourless and uptight, and it paints the men as lovable, goofy, fun-loving guys."

As well as writing and directing, Apatow will also produce the film for Universal along with Barry Mendel and Clayton Townsend.

She was last seen on screen in indie movie 'Passion Play' opposite Mickey Rourke.