Megan Fox has revealed why she’s undertaking the onerous task of moving house while she’s pregnant – because her unborn child told her to move!

The 30 year old star revealed during an appearance on ‘Jimmy Kimmel Live!’ this week that she and her unborn baby have been unconsciously communicating throughout her entire pregnancy. She’s expecting her third child with her estranged husband and father of her two sons (Noah, 3, and Bodhi, 2) later this year. 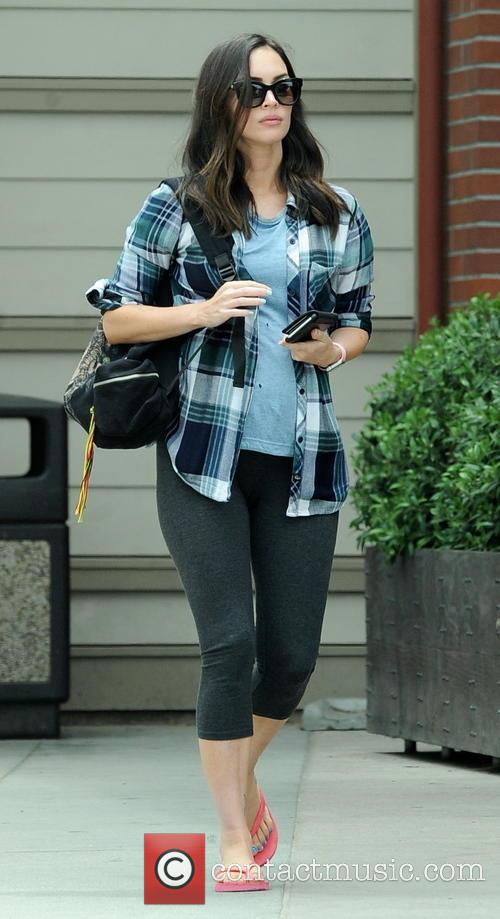 Megan Fox has unconscious conversations with her unborn baby

“You don’t hear an audible voice, but you hear messages, if you’re open to it,” Fox told host Kimmel about their conversations. “For instance, this baby wanted me to live somewhere else, so we’re moving to a whole different place in Los Angeles because I feel like that’s where this baby wants to be raised.”

“I also feel like this baby is telling me it's kind of like a Wernher von Braun or an Elon Musk, like a super genius,” she added, predicting that her third kid will be intelligent.

The conversation skirted around the break-up and apparent reconciliation Fox underwent with Green. They had been together since 2004 and become parents to two kids before Fox filed for divorce in August 2015, but since discovering that she’s pregnant again they’ve tentatively reconciled.

Fox is currently promoting the sequel to Teenage Mutant Ninja Turtles: Out of the Shadows, which is released in U.S. theaters on June 3rd. Aside from the hectic business of moving house, she’s also trying to get her two children used to the idea of being big brothers.

“I’ve showed them with a baby doll. They know where the baby is coming out. Bodhi thinks it’s really funny that you’re gonna feed the baby with your boobies,” she added with a laugh. “Older one’s aware, but he’s excited.”

One thing that is less stressful this time around for Fox is the actual business of being pregnant. “It’s easier doing it. I’ve had a baby every other year since 2012. I’ve gotten used to it,” she said. “With this one I’ve been a little more relaxed because I know how much it’s gonna hurt. I’m getting a little nervous about that. The pain is no joke.”