The actress split from her husband last year.

Megan Fox has surprised the press by showing up at CinemaCon in Las Vegas yesterday (April 12th 2016) with a new baby bump. It comes just eight months after she announced that she was splitting from her husband Brian Austin Green, so the question is: is he the father? 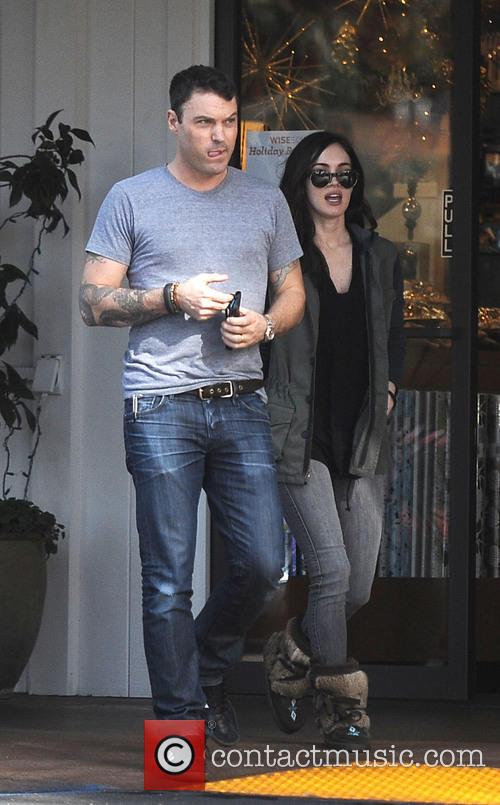 The 'Teenage Mutant Ninja Turtles' actress is pregnant with her third child; something that she had no problem revealing at CinemaCon this week where she was seen posing alongside her 'Teenage Mutant Ninja Turtles: Out Of The Shadows' co-star Will Arnett. But seeing as she's been separated from her husband since August 2015 (though no divorce has been finalized just yet), people are wondering who the father is. She hasn't been seen with a new romantic interest in the last few months, but she has still been hanging out with Green in LA even without the kids - so it's possible things are more amicable between them than we thought.

The couple already have two children together; 4-year-old Noah and 2-year-old Bodhi; while Green has a 13-year-old son named Kassius from a previous relationship with Vanessa Marcil. 29-year-old Fox and 42-year-old Green have been married for 5 years and together for 11, but apparently broke up due to conflicts over Fox's work schedule.

'They fight about her career', a source told the Daily Mail. 'She was obsessed with getting roles'. It's also been added that Green wanted her to spend more time with the family in LA, but according to Us Weekly, 'She's gone off and done her own thing recently.'

Will this new pregnancy mark a reconcilliation between Green and Fox? Or has it merely been the reason the pair have been spending so much time together?

Megan Fox will star in 'Teenage Mutant Ninja Turtles: Out of the Shadows' out on June 3rd 2016, and James Franco's comedy drama 'Zeroville' out later this year.