Megan Fox reportedly felt ''overwhelmed'' by Brian Austin Green's expectations and filed for divorce after they had ''many disagreements'' over her career. 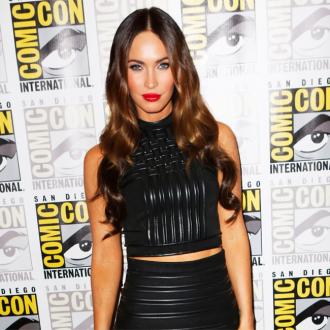 The 29-year-old actress, who has sons Noah, two, and Bodhi, 18 months, with the former 'Beverly Hills 90210' star, decided to pull the plug on their five-year marriage after they ''had many disagreements and arguments'' over how to juggle family life with work.

A source close to the 'Transformers' beauty, who filed for divorce from the 42-year-old actor today (21.08.15) just days after their split was revealed, said: ''Megan and Brian's split is a classic Hollywood story of two people in different stages of life and career.

''Megan is young and hot and sought after for work, and she is eager to move ahead in her career. Brian wants more of her time than she can allow.

''She was overwhelmed with the children and her husband's expectations, which got in the way of work responsibilities. They had many disagreements and arguments about her time at home, which led to problems.''

The insider told PEOPLE.com: ''Megan has always been career-oriented and noted because she was so beautiful. Now she is being recognised for her talent, and like anyone else with Hollywood ambitions, she wants to pursue those options. The timing just wasn't working for her relationship.''

Megan, who has requested joint custody of their sons, previously admitted she felt the need to keep working in order to provide secure futures for her children.

She said: ''I have to make one movie a year because I have to invest in their future and I have to be able to pay their way through college and be able to provide for them.''