Megan Fox has been opening her mind to the spiritual plane since falling pregnant with her third child, and insists that she's receiving communication from her unborn child about where to move house and about the child's personality, including ideas that she's about to raise a 'super genius'. 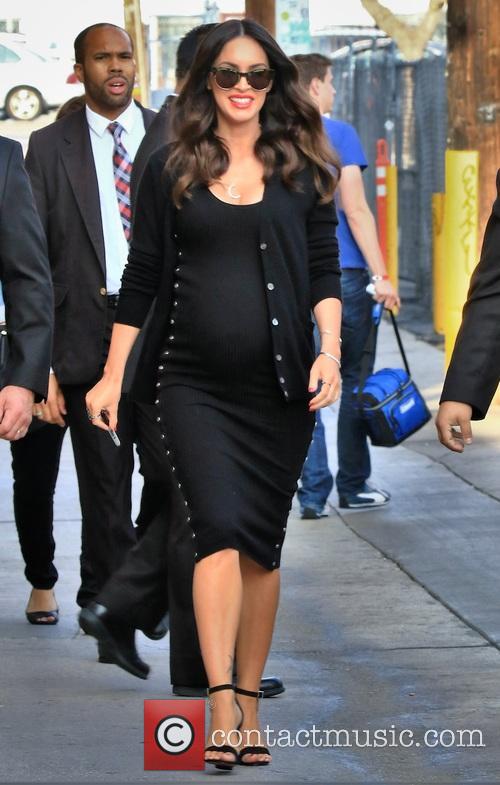 The 'Teenage Mutant Ninja Turtles' actress announced her third pregnancy earlier this year after reconciling with husband Brian Austin Green. This time, she believes she is, to a certain degree, in tune with her unborn baby who she says regular communicates with her about a variety of things.

'You don't hear an audible voice, but I feel like you receive messages from the child if you're open to it', she explained to Jimmy Kimmel in an interview on 'Jimmy Kimmel Live!' on Tuesday (May 31st 2016). 'For instance, this baby wanted me to live somewhere else, so we're moving to a whole different place in Los Angeles because I feel like that's where this baby wants to be raised.'

Fox and her husband of six years Brian Austin Green already have two children together; 3-year-old Noah Shannon Green and 2-year-old Bodhi Ransom Green; so this will mark their third as a couple, but Green's fourth because he already had a 14-year-old son named Kassius from his relationship with Vanessa Marcil.

'I also feel like this baby is telling me it's kind of like a Wernher von Braun or an Elon Musk, like a super genius', she continued, referring to the German aerospace engineer and South African technology magnate.

Last year, the couple announced their separation with Fox filing for divorce. It's not the first time they have split and got back together; back in 2009 they broke off their 2 year engagement briefly before getting married the following year.

As for how Green feels about Fox's unique ideas regarding their baby, he's just going with the flow according to Fox. 'He trusts me at this point because I've made so many good calls', she said. 'I know it sounds crazy, like I'm a lunatic, but I've made some really good decisions based on what I think the higher self is telling me to do. So, now he just goes along with it.'