Megan Fox and Brian Austin Green 'lived many past lives' together

'Teenage Mutant Ninja Turtles' actress Megan Fox claims she and her husband, Brian Austin Green ''lived many past lives together''. 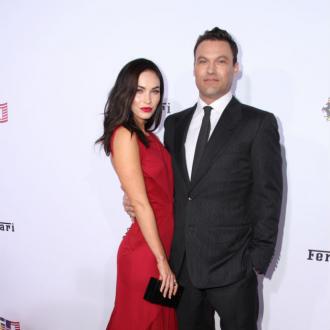 Megan Fox thinks she has ''lived many past lives'' with her husband Brian Austin Green.

The 'Teenage Mutant Ninja Turtles' actress has revealed that her connection to the 41-year-old actor is so strong that she thinks they must have known each other in another life.

Speaking about their first encounter to the Mail on Sunday's Event magazine, Megan said: ''There was intense chemistry, an instant recognition. He felt it, I felt it.

''Within a week he was saying he was going to marry me. I'm sure we've lived many past lives together.''

The brunette beauty - who has two children with her 'Beverly Hills 90210' beau, Noah, two, and eight-month-old Bodhi and is stepmother to Brian's 12-year-old son, Kassius - revealed that she loves being surrounded by men in her personal life.

She shared: ''I love our family - I have a little football team that's going to take care of me. I like being around boys and being the centre of attention.''

However, the actress admitted that she struggled with her relationship with her own family while she was growing up.

She told the magazine: ''I was always in trouble because my stepfather tried to control me, so I didn't have a normal childhood experience.

''That's how people still perceive me, as rebellious and wild. But it's because I'm constantly having to fight against someone trying to control me and put me in a box.''