Meg Ryan's Directorial Debut Ithaca Was Inspired By Her Fears For Her Son Following Her Divorce From Dennis Quaid. 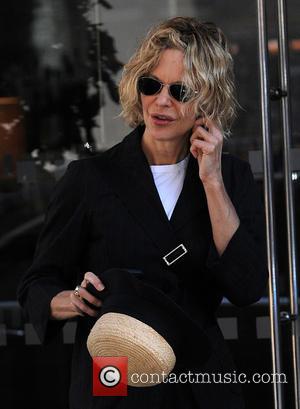 The 53-year-old actress was married to Dennis for 10 years until their divorce in 2001 and they have son Jack, 23, together.

At the time of their separation he wasn't even a teenager and Meg can vividly recall how concerned she was about the impact the marriage breakdown would have on him.

"My parents were divorced and I know how hard it is," she said at a Q&A session following a screening of Ithaca at the Savannah Film Festival on Thursday (29Oct15).

"I thought how do you cultivate integrity in a young man? How's this going to work? I read and read and read, and I talked and talked and talked. I came across this book (The Human Comedy by William Saroyan) and I felt that there was a lot of wisdom in the book - the great questions that were being asked."

Ithaca is based on Saroyan's tome, which is a coming-of-age story following a 14-year-old boy who is left looking after his family after his elder brother goes to war. What stuck with Meg was the way those around the central character, Homer MACauley, did all they could to support him on his journey.

"The grownups and the community didn't necessarily have all the answers but they were always there for the transitions this young man has to make," she said.

As well as directing the project, Meg stars in Ithaca alongside Tom Hanks, Sam Shepard, Hamish Linklater and her son Jack.

He takes on the role of Homer's brother Marcus, and Meg was thrilled for them to have the chance to work together.

"He's doing a series now for HBO (Vinyl) and he came from Martin Scorsese's set to mine, so we were kind of lucky to get him," she previously laughed to Indiewire.com. "One of the things I love about Marcus is that he has such an expressive voice and his voiceover is so beautiful."