Actress Meg Ryan Is Auctioning Off A Signed Copy Of The Script For Her Directorial Debut In Aid Of A Cancer Charity. 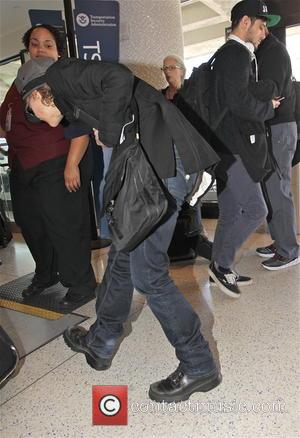 Picture: American actress Meg Ryan appears camera shy as she does her best to avoid the photographers by ducking and diving as she leaves Los Angeles...

The Sleepless in Seattle star stepped behind the camera to shoot Ithaca, her first movie as a director, and it is due to hit cinemas in the U.S. in December (15).

Ryan is now using the career milestone to help raise cash for the Los Angeles branch of the Leukemia & Lymphoma Society by selling a signed and personalised copy of the Ithaca script in an auction on Charitybuzz.com.

Describing the item, the website owners note, "Own this one-of-a-kind Ithaca screenplay, signed by Meg Ryan! Due to be released later this year, Ithaca is Meg Ryan's directorial debut film. She also stars in the film, alongside Tom Hanks and Sam Shepard. This is currently the only Meg Ryan autographed Ithaca script out there. Don't miss your chance to own a piece of Hollywood history."