Meek Mill Tears Up At Funeral Of Protege Lil Snupe 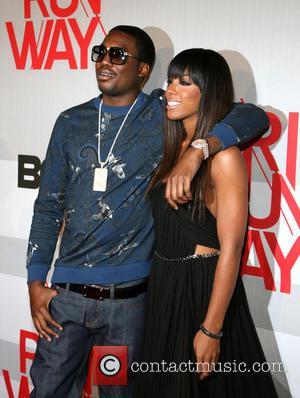 Hip-hop star Meek Mill fought back tears on Saturday (29Jun13) as he addressed mourners at the funeral of his rap protege Lil Snupe, who was murdered in his native Louisiana last month (Jun13).

The 18 year old, real name Addaren Ross, was shot and killed at an apartment complex in Shreveport on 20 June (13), just months after he was signed to Mill's Dream Chasers Records label, and the Ima Boss hitmaker was left devastated by the tragic loss.

Mill was among the guests who turned out to pay their respects to the slain teen on Saturday and spoke to the hundreds gathered outside the Jonesboro-Hodge High School prior to the service to express his heartbreak at the youngster's untimely death.

He told the crowd, "I'm never one to talk (at funerals)... I saw something in him. His demo tape spoke to me. I saw myself in him."

Police recently arrested and charged 36-year-old Tony Holden with Snupe's slaying, slapping him with counts of first degree murder, armed robbery and illegal possession of a firearm by a convicted felon.