The Philadelphia rapper could be headed back to prison, with a judge ordering him not to work or perform until sentencing on February 5th.

A judge appears to be intent on sending chart-topping rapper Meek Mill back to prison early next year for a series of parole violations, most of which simply amount to keeping the court aware of his frequent travel arrangements.

Mill, whose real name is Robert Rihmeek Williams, appeared in court in Philadelphia on Thursday (December 17th) and offered emotional testimony about his tough childhood growing up in the northern part of the city, while his girlfriend Nicki Minaj and a number of managers gave supporting evidence, according to local news outlet NBC 10. 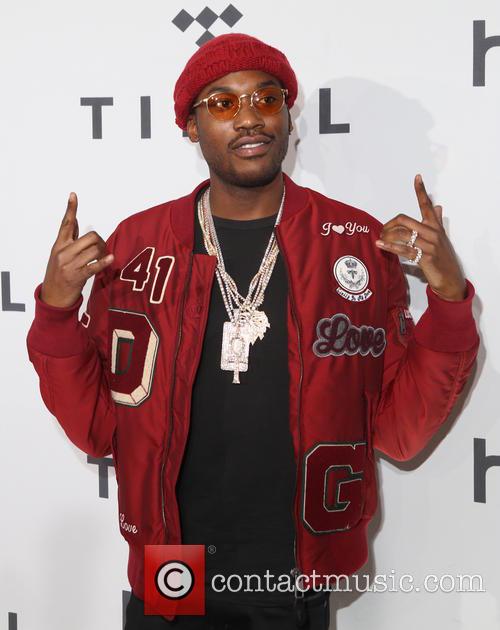 However, Judge Genece Brinkley was unmoved, meaning that Mill could be behind bars early next year as he was ordered not to perform or work before the sentencing on February 5th. “How many times am I supposed to give him a second chance?” she said, adding that probation may no longer be “appropriate”.

The 28 year old has previously served short stints in jail and home confinement, but these were more lenient sentences than he could have faced as a result of a 2009 drug and gun case, as he could have spent five to ten years in prison. This was something he acknowledged during his testimony this time, as Brinkley is the same judge he encountered back then.

“The chance you gave me definitely changed my life and changed my family's life,” he said, explaining that he supports his mother, extended family and 4-year-old son. “If you didn't give me a chance, I probably wouldn't be at this place I'm at now.”

Earlier this year, Mill scored a US Billboard Number 1 album with his second effort Dreams Worth More Than Money. However, he hit major headlines a few months later when he became embroiled in a beef with Canadian rapper Drake, having claimed that he used a ghostwriter.

His girlfriend Nicki Minaj, 33, one of the biggest stars in music at the moment, also offered supporting testimony to Mill, who lost his father to violence at the age of five. “He doesn't have a lot of structure. He can be irresponsible. Since I've come in his life, I think I've been working on that a little bit… He's just getting accustomed to being an adult.”