Meat Loaf believes he has had several experiences with Ghosts -and claims he once mistook a supernatural being for a groupie. 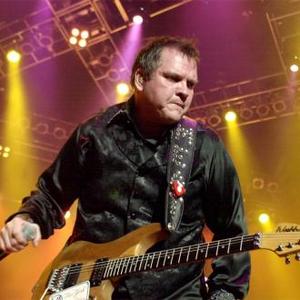 Meat Loaf once ''chased'' a ghost.

The 64-year-old rocker is convinced he has had several supernatural experiences and once thought a groupie had made her way into his recording studio, only to find the girl he saw didn't exist.

He said: ''I believe there's something when you die because there are Ghosts. I've seen them. I've been around them.

''Some are just energy left behind and some are intelligent. I've had conversations with them using a KT meter which lets them answer 'yes' or 'no'.

''I chased one across the room once. And when we were making [my album] 'Bat Out Of Hell' I saw a blonde girl in a white dress. I went downstairs and told the guys, 'There's a groupie up on the balcony' and they go, 'How would she get there?' Everybody went up but no one was there.''

Meat also spoke about his several terrifying near-death experiences he has had during his life.

He recalled to Shortlist magazine: ''I rolled into a river in a car. Got hit in the head by a shot put.

I was on a commercial airliner landing in Washington DC when the wing hit the runway. That was great!