Meat Loaf Not A Fan Of Judge Tyler

Meat Loaf has revealed he is disappointed that Aerosmith frontman Steven Tyler has agreed to take on a role on the judging panel of 'American Idol'. 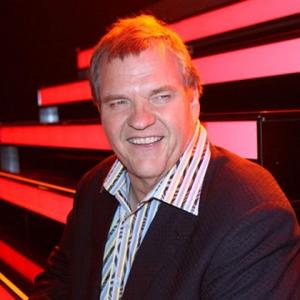 Meat Loaf is disappointed with Steven Tyler for becoming a judge on 'American Idol'.

The 63-year-old musician has recently accepted an offer to appear on reality TV show 'Celebrity Apprentice' with Donald Trump but despite his huge respect for the Aerosmith frontman he thinks it was a mistake for him to join the panel of the pop star search show alongside Jennifer Lopez and Randy Jackson.

He said: "I think Steven is one of the great rock vocalists of all time. I have so much respect for him [but] there's just something about me that says, 'I love Steven but I don't want to see him on 'American Idol'. I just don't.'

"So there may be some people out there that feel the same way about me [and think] 'God, I can't believe Meat Loaf is on 'Celebrity Apprentice'. I just can't watch him on that.' "

Despite agreeing to take part in the charity version of the series alongside LaToya Jackson and David Cassidy, Meat Loaf - real name Marvin Lee Aday - still doesn't know why he accepted the offer.

He explained to the USA Today newspaper: "I can't tell you why I said I would do it but it struck me at that moment and [I said] 'Yeah, I'll do this.' "

The 'Bat Out Of Hell' singer is hoping his time on 'Celebrity Apprentice' will help him cope with his disappointment over his last single 'Peace on Earth' failing to set the charts alight.

He said: "I beat my head against the wall this year with music. If U2 had done it, they would have declared it the second coming. It's that kind of song. It's powerful."