Meat Loaf: 'I Didn't Pass Out At Festival' 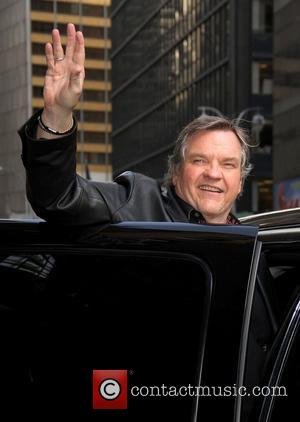 Meat Loaf is disputing reports he passed out during a festival appearance in New Jersey at the weekend (31Jul11), insisting he took a moment to gulp down oxygen to control his asthma for a meet and greet with fans.
The rocker has posted a video message online to assure fans he's fine and that reports of a second fainting spell in the same week are greatly exaggerated - even though photos showed him lying on the ground backstage, hooked up to an oxygen tank.
The Bat Out of Hell singer admits his asthma became a problem at the New Jersey Balloon Festival when "the heat index was at 106", but he insists the photos show him taking a "little bit of oxygen" to help him breathe.
In the video message, Meat Loaf reveals he has discovered kids medicine Pedialyte has become the best thing he can take to control his asthma: "The brilliant thing is Pedialyte... Pedialyte will get you through anything."