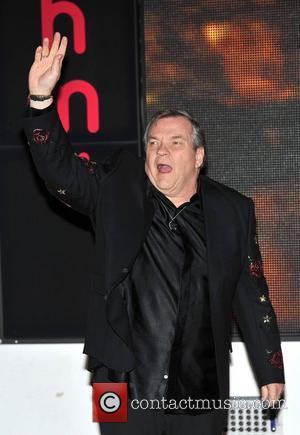 Veteran rocker Meat Loaf has sparked fresh fears for his health after he was taken ill on live TV on Wednesday (29Feb12).
The Bat Out of Hell hitmaker was due to be interviewed on British talk show Loose Women and was seen on screen joking around with a banana on his head while waiting backstage.
But just minutes before he was due for his interview, the rocker fell ill and was unable to appear. No details of his condition were given.
Host Andrea MCLean told viewers, "A little bit of sad news - I'm afraid Meat Loaf has taken unwell so he's unable to join us for the end of the show... Meat Loaf, I hope you feel better soon."
In July last year (11), the rocker passed out during two concerts and later blamed both incidents on a lack of oxygen aggravating his asthma.