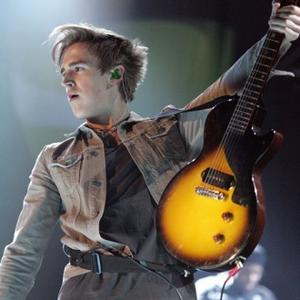 The 25-year-old star proposed to Giovanna - who he has been dating for seven years after they met at London's Sylvia Young Theatre School - last night (18.04.11), announcing the news on twitter before jokingly retracting the idea when she didn't take to his idea of a 'Star Wars' themed wedding.

"I proposed to @giovannafalcone earlier tonight...and she said YES! We are now officially engaged! :D

"My fiance and I would like to say thanks for all the lovely engagement messages. ;)(sic)"

Moments later, he added: "She's not digging the Star Wars wedding idea ... I want The Ring back."

The pair celebrated their engagement at The Ivy restaurant in London, but Giovanna did not let them enjoy a lie in bed the next morning, excitedly waking Tom to look at potential venues for the wedding.

He added: "Morning all! Bloomin tired since I was woken up at 5am to look at wedding venues...but all good:D A beautiful sunny day.(sic)"