They hit four UK cities to perform their full back catalogue.

McFly are finally re-uniting to take a series of 3-night residency shows in four different UK cities this summer, performing the entirety of their musical back catalogue for their 'Anthology' tour. While the group previously got together for McBusted, it will mark their first live reunion as a band since 2013. 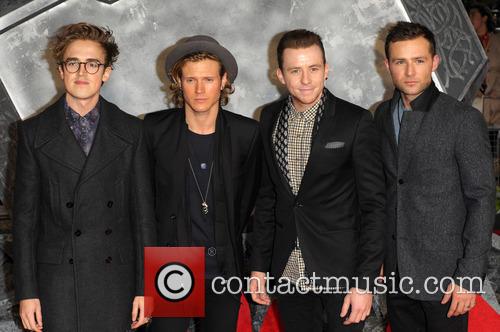 Harry Judd, Danny Jones, Tom Fletcher and Dougie Poynter return to the stage for twelve dates in June, hitting up arenas in Glasgow, Birmingham, Manchester and London, where they will perform all songs from their five studio albums - as well as a few extras according to Tom Fletcher.

'We are playing all 5 of our studio albums in their entirety. Every song. Every album. With a few little extras of course', Fletcher confirmed on Twitter. Each first night in each city will be dedicated to 2004's debut 'Room on the 3rd Floor', the second to 2005's 'Wonderland' and 2006's 'Motion in the Ocean' and the third to 2008's 'Radio:Active' and 2010's 'Above the Noise'.

McFly's last musical venture was with McBusted; a supergroup featuring two of the members of Busted, Matt Willis and James Bourne. They released a self-titled album in 2014 featuring the single 'Air Guitar' and embarked on two headline tours: the McBusted Tour of 2014 and McBusted's Most Excellent Adventure Tour in 2015.

More: Read our review of 'McBusted'

This brief new tour may mark the start of bigger things going by Danny's comments to TV3's Xpose.com. 'We had an album ready to go before McBusted. So we'll either revisit that, or we'll feel inspired to do new music', he said.

The band marked the news of the UK dates with a short teaser video directed by David Spearing on YouTube. It features soundbites of crowds screaming and song snippets amid a rhythmic heartbeat, alongside a montage of live clips from their past shows.