The band were due to begin the 'Anthology' tour next month.

McFly have announced they are putting their upcoming tour on hold until September, after drummer Harry Judd injured his neck. The band have apologised to fans for the postponement, but Judd has promised he will make a full recovery and return to put on the most epic shows of the band’s career. 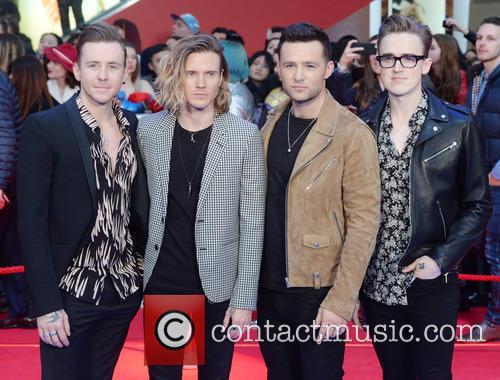 McFly have postponed their Anthology tour.

On Instagram Judd wrote: ‘I’m absolutely gutted that we’ve had to postpone the tour. I’ve honestly tried everything to make it work, but I’d never want to do a tour where I wouldn’t be able to give you guys the 110% performance you deserve every night. I’m going to do all the rehab possible to get myself ready to do the most epic shows we’ve ever put on!’

More: Mcfly To Play All Their Music On UK Anthology Tour

Singer Tom Fletcher also offered his apologies on Twitter, telling fans: ‘So you may have heard that we have had to postpone the tour by a few months due to @juddymcfly getting injured. Really sorry…Obviously we're all as gutted as you are but September isn't that far.’

The Anthology tour was set to begin in Glasgow on June 16th and is the band’s first tour since 2013. In each city the band will play three shows, with the first night featuring songs from ‘Room on The Third Floor’, the second night songs from Wonderland and Motion In The Ocean and the third night will have songs from Radio:ACTIVE and Above The Noise. Original tickets will remain valid for all the rescheduled dates.