British Supergroup McBusted Honoured Their Late Pal Lil Chris By Dedicating A Song To The Tragic Pop Star At A Gig In Sheffield, England On Tuesday Night (24mar15). 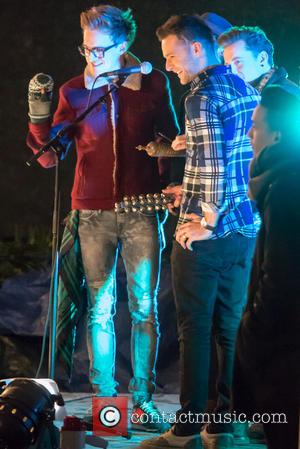 The band, made up of members of pop rock groups McFly and Busted, took to the stage at the Sheffield Arena and offered up a tribute to the Checkin' It Out singer, who was found dead at his home in Suffolk, England on Monday (23Mar15) at the age of 24.

Lil Chris, who was mentored by KISS star Gene Simmons on his TV show School of Rock, previously toured with MCFly, so bandmember Tom Fletcher dedicated a performance of the Beastie Boys' (You Gotta) Fight for Your Right (to Party!) to their late friend, revealing Chris would often join the musicians onstage for a rendition of the iconic track.

Fletcher told the audience, "We received some sad news today that a friend of ours has sadly passed away... You probably know him as Lil Chris. He was a lovely guy and he toured with us... He was a good friend."