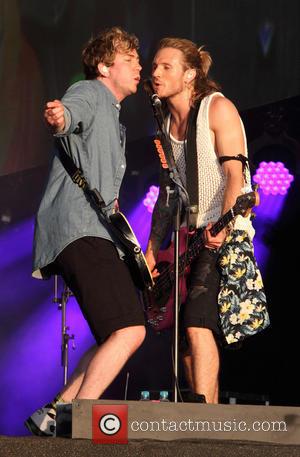 Among the special guests were 90s heartthrobs Backstreet Boys, who proved their was a tougher side to their boyband image with beards and tattoos on show and even toting an electric guitar.

British newcomers The Vamps also made an appearance, performing tunes from their UK number 2 debut album 'Meet The Vamps'.