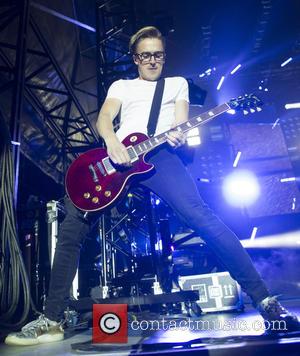 Campbell, who won gold at the 2012 games in London, arranged the special set for his bride, Lynsey, at their reception, which was held in a marquee at her parents' home in Hull, England.

He tells Britain's Hello! magazine, "It was such hard work, just to keep it secret. Lynsey was blown away by it," while his bride adds "It was such an honour, and an unbelievable night. I was on such a high."

The couple originally married at Disney World in Florida, but later celebrated with a lavish bash back in Britain.