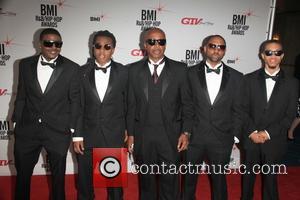 America's ongoing Ebola scare is "karma" for the country's "rape" of Africa, according to rapper Mc Hammer.

The U Can't Touch This hitmaker stunned fans when he took to his Twitter.com account on Thursday (02Oct14) and raged about the lack of aid being sent to Africa to help medics cope with the Ebola outbreak there.

His comments come just days after the U.S. reported its first confirmed Ebola case, diagnosed in a Texas man who had just returned from Africa. A second possible case is under quarantine in Honolulu, Hawaii.

Meanwhile, officials at the World Health Organization claim the death toll in West Africa from the virus has passed 3,300.