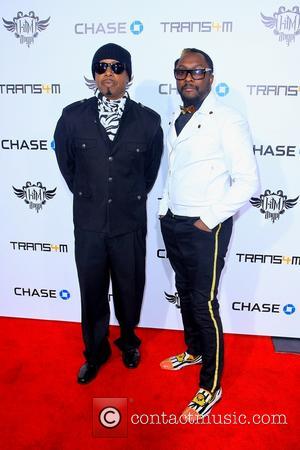 Picture: Mc Hammer and Will I. Am - Will I. Am's "TRANS4M" Boyle Heights Benefit Concert at the Avalon Hollywood Night Club Los Angeles California USA...

chubby elvis looking dude was tapping on my car window, I rolled down the window and he said'"Are you on parole or probation?"

While I was handing him my ID he reached in my car and tried to pull me out the car but forgot he was on a steady donut diet. ..

I will now answer his question, contrary to his personal beliefs, all people of color are not on parole or probation fat boy !!!