By Sophie Brannon in Music Reviews on 19 October 2015

Mayday Parade are known for their big, emotional outputs and started to get a name for themselves with their continuous release of heartstring-tugging ballads and sing-a-longs. It seemed like the band had a winning formula ever since their first album 'A Lesson In Romantics'; but when you have that winning formula, where do you go when it comes to your next release? 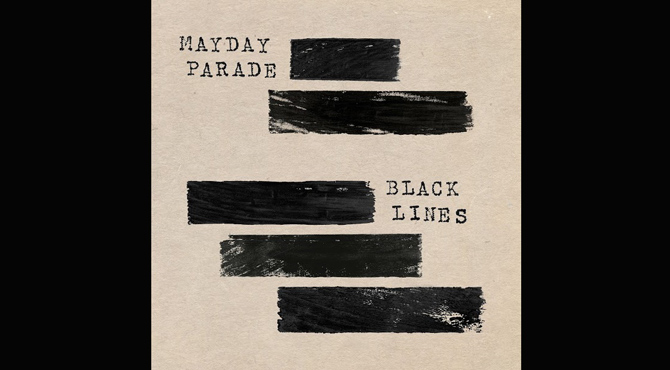 Throughout the promotional campaign for their fifth album 'Black Lines', there has been a clear emphasis on the band's evolution and song-writing that is more mature and different. Of course, this led to a lot of scepticism, especially when lead single 'Keep In Mind, Transmogrification Is A New Technology' was released which seemed to conform to Mayday Parade's previous work. But when 'Black Lines' was eventually released, boy were the sceptics wrong.

Enlisting the help of Real Friends' frontman Dan Lambton, 'One Of Them Will Destroy The Other' furiously opens the album. It is intense, raw, and one of the heavier tracks of the album. Full of storming guitar riffs, it seems like Mayday Parade weren't lying when they said they were writing something different.